Subtraction of Fractions having the Same Denominator

In subtraction of fractions having the same denominator, we just need to subtract the numerators of the fractions.

To find the difference between like fractions we subtract the smaller numerator from the greater numerator.

We can subtract in a similar way. 7/8 of the class are boys.

3/8 of the class are girls. By how much fraction are the boys more?

We can also reduce the fraction to the lowest term.

Examples of subtracting fractions with the same denominator: 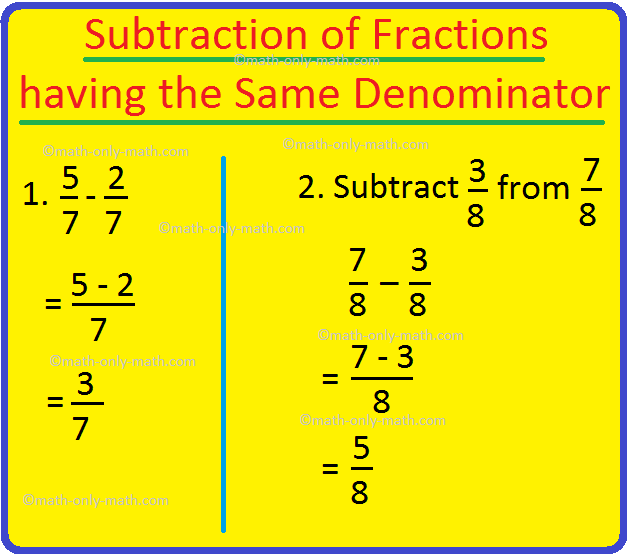 From Subtraction of Fractions having the Same Denominator to HOME PAGE