How to find a missing counting number in a sequence or pattern?

Then we need to find the difference between the numbers that are next to each other.

Now we need to use the difference between the numbers to find the missing number.

(i) The order of numbers is going downwards or decreasing or descending (from larger number it’s becoming smaller in value).

(iii) Since the order is in descending order subtract 2 from 17. Then the missing number is 15.

The world around us is made of various patterns. We already know about repeating growing and reducing patterns.

Growing or reducing pattern increases or decreases by a constant difference. Following are some examples of growing patterns.

The repeating unit is □.

The repeating unit is xy.

Now, observe the following patterns and the unit of repeat.

These are examples of reducing patterns.

A pattern can be created with numbers. The set of numbers which follow a common  rule form a pattern. For example, the sequence 2, 4, 6, 8, 10, 12, ...... can be extended by using the rule of even numbers. Patterns with numbers can also be created by using mathematical operations like addition, subtraction, multiplication and division.

Questions and Answers on Math Patterns:

1. Complete the series by drawing the next 3 figures of the pattern. 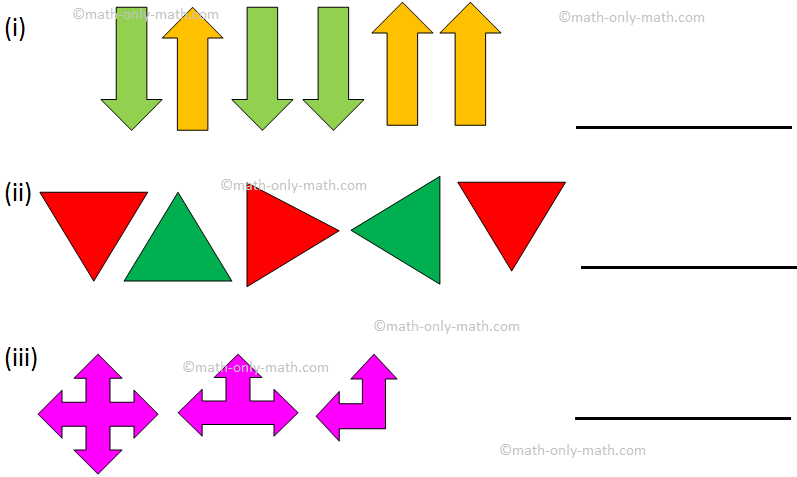 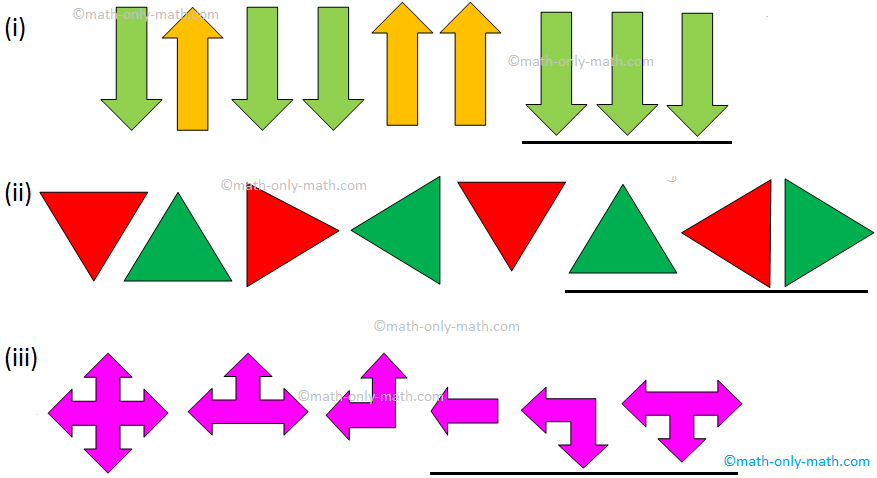 2. Choose the right answer to complete the series.

3. Complete the given series.

Math Only Math is based on the premise that children do not make a distinction between play and work and learn best when learning becomes play and play becomes learning.

Math patterns worksheets are available for students and even parents and teachers can encourage and suggest the child to practice patterns in math so that they get easily understand the method of math printable patterns while playing. Here we discussed math lesson plans about patterns, if any doubts you can contact us by mail.


From Math Patterns to HOME PAGE