A pattern that increases or decreases in two or more ways are called progressive patterns.

Logmar charts used by opmalmologists for vision test is an example of progressive pattern.

Observe pattern in the following sequence and identify the rule.

Questions and Answers on Progressive Patterns:

1. Find the missing pair in the pattern.

2. Identify the type of pattern in the following figure. 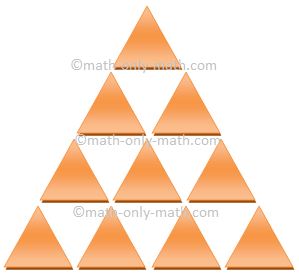 From Progressive Patterns to HOME PAGE