The terms used in division are dividend, divisor, quotient and remainder.

Let us divide 12 candies among 3 children. 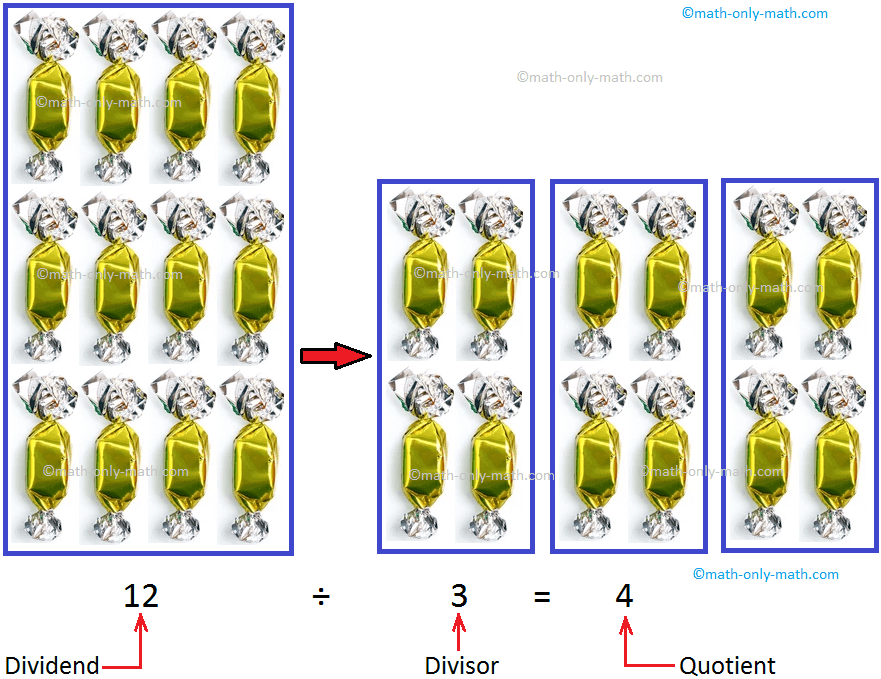 When we cannot make equal groups or share equally all the objects, the number which is left undivided is called the remainder. Remainder is always less than the divisor.

How many times would you subtract 6 from 24 to reach 0?

For every multiplication fact, there are two division facts.

Each of the terms used in division are explained below:

The number which is divided is called the dividend.

The number which divides is called the divisor.

The number which is the result of the division is called the quotient.

If there is any number left over, it is called the remainder.


The answer of a division operation can be verified in the following manner:

Consider the following examples to understand the terms showing in the division:

Let us recall the properties of division:

I: When the dividend is 0 and the divisor is a non-zero number, the quotient is 0.

II. When the divisor is 1, the quotient is the same number as the dividend.

III. When the dividend and the divisor are the same non-zero number, the quotient is 1.