We will learn estimating the quotient.

To estimate the quotient, we first round off the divisor and the dividend to the nearest tens, hundreds, or thousands and then divide the rounded numbers.

In a division sum, when the divisor is made up of 2 digits or more than 2 digits, it helps if we first estimate the quotient and then try to find the actual number.

Round the number to the nearest ten

Round to the nearest ten

In the process of division, the estimation of quotient plays a great role in its solution. Let us see this in the following questions on division.

So, estimated quotient is 2.

So, the estimated quotient is 30.

So, the estimated quotient =12

Question and Answers on Estimation in Division:

1. Estimate by rounding each number and then divide. One is done for you. 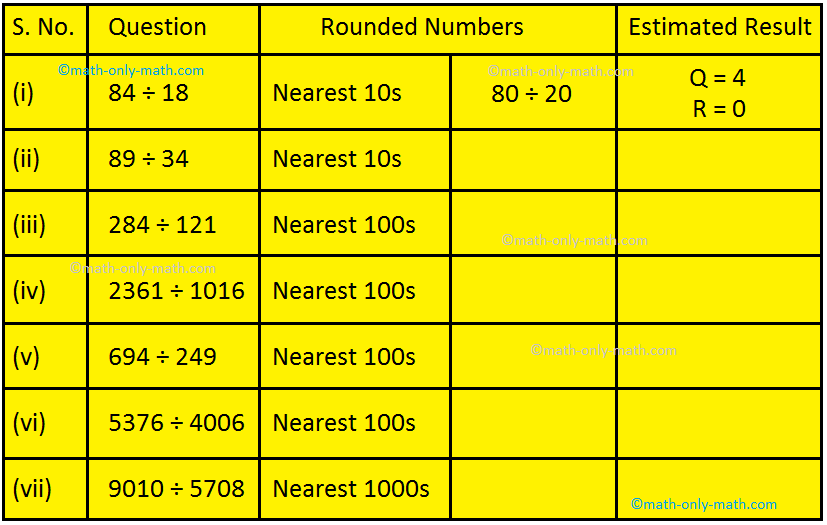 From Estimating the Quotient to HOME PAGE