Division of a Decimal by a Whole Number

We will learn how to find the quotient in division of a decimal by a whole number.

The rules to divide a decimal by a whole number are:

(i) Divide as in division of numbers ignoring the decimal point.

(ii) When you reach the tenths digit, place the decimal in the quotient.

Note: When the number of digits in the dividend is less and the division is not complete, keep adding zeroes at every step till the division is complete as in example 1 and example 2. 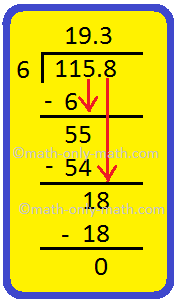 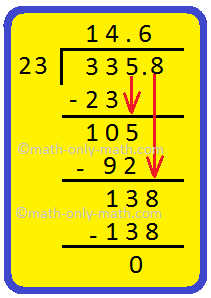 This example shows that both dividend and quotient have decimal place i.e. 1. 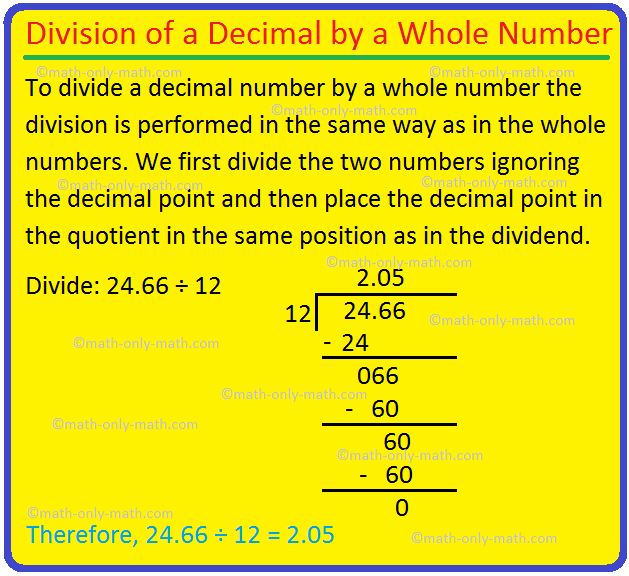 First we will divide the decimal by the whole number ignoring decimal point. 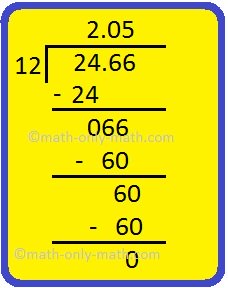 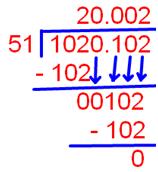