The amount of surface that a plane figure covers is called its area. It’s unit is square centimeters or square meters etc.

We can find the area of the surface enclosed, by finding the number of complete unit squares inside the figure drawn on a square sheet. The unit of area is square centimeter.

A rectangle, a square, a triangle and a circle are all examples of closed plane figures.

In the following figures, the shaded region of each of the object is the surface occupied by it. We call it area.

Interior and Exterior of a Region

In the adjacent figure a rectangle ABCD is shown. It’s interior and exterior regions are also shown here.

Let us draw some plane shape on a square sheet as shown below.

We know that a flat surface is called a plane. A square, a triangle and a circle are some examples of plane shapes. The amount of surface enclosed is called its area. We can calculate the area of a plane shape drawn on a square sheet by counting the unit squares enclosed by it.

For irregular shapes, we count 2 half squares as one and ignore those squares whose less than half part is enclosed by the figure.

The area is measured in square units. A square of side 1 cm or 1 m is used as standard units. Smaller unit of area is square cm or sq. cm. Bigger areas are measured in meters and kilometers.

The measure of a region is called its area.

The area is always expressed in square units. The standard units that are generally used for measuring area are square centimeter and square meter.

It means, to find the area of any surface we need to know two sides.

Note: Here we’ll discuss only areas of square and rectangles. Given below is a table of units of sides and corresponding units for areas. 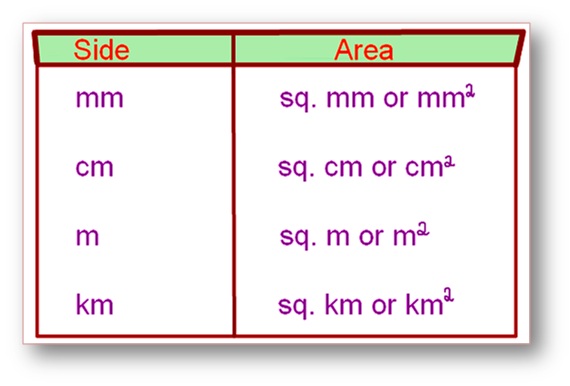 For finding the area of a given figure, make sure that the sides (length or breadth) are in the same unit of length. If they are given in different units, change them to the same unit.

2. Find the area of following figures on the graph sheet of 1 cm square.

Now, answer the following questions to have a quick review of what we have learnt so far.

1. For the given figures find the area of each figure if each side of a square is 1 unit.

2. If area of each square is 1 square cm find the area of the given figures. 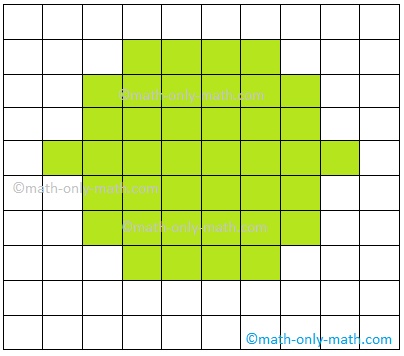 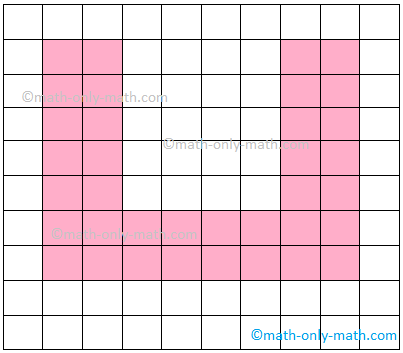 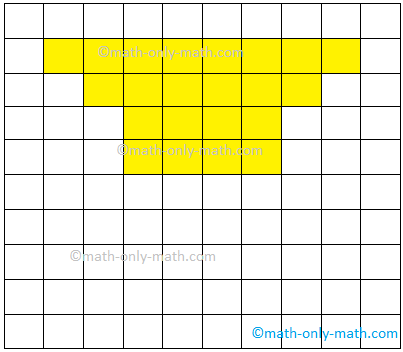 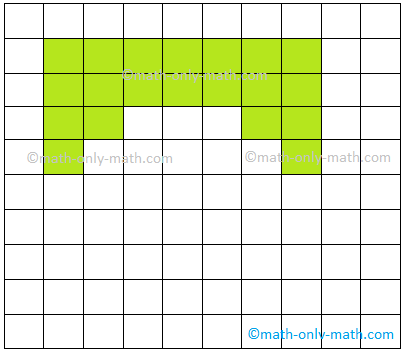 3. Draw any three polygons of the largest possible size in the given grids and calculate their area if each side of a square is 1 cm.

4. Draw any shapes in the grids with the following area if each side of a square is 1 unit. 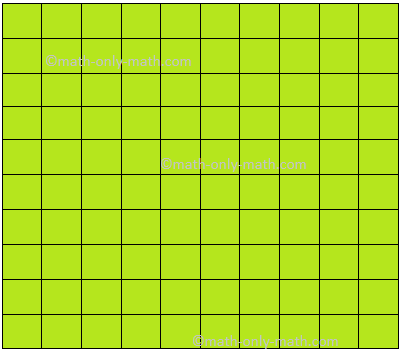 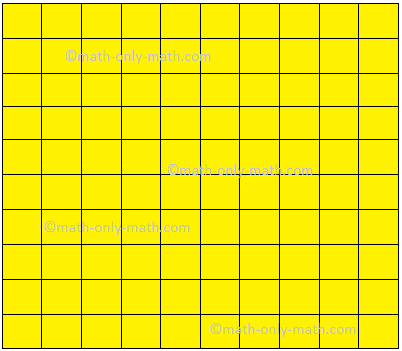 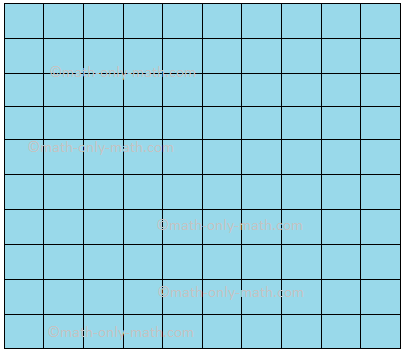 Area of a Rectangle.

Area of a Square.

To find Area of a Rectangle when Length and Breadth are of Different Units.

To find Length or Breadth when Area of a Rectangle is given.

To find Cost of Painting or Tilling when Area and Cost per Unit is given.

To find the Number of Bricks or Tiles when Area of Path and Brick is given.

Worksheet on Area of a Square and Rectangle

From Area of a Rectangle to HOME PAGE