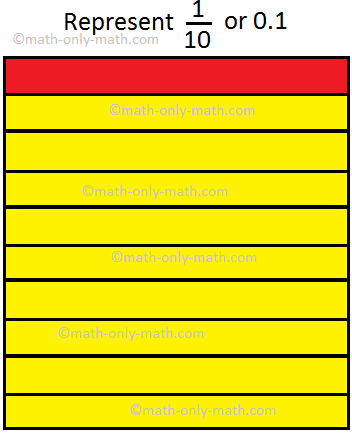 It is read as zero pint one. So, a decimal (point) is placed between the whole number and the fractional number. All the numerals after the decimal shows that it is less than a whole.

Now let us color 3 strips of the tenths sheet. 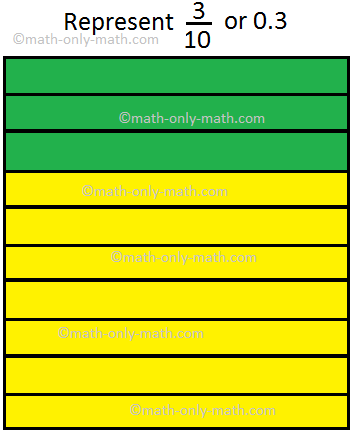 From Tenth Place in Decimals to HOME PAGE