Pairs of angles are discussed here in this lesson.

Two angles whose sum is 90° (that is, one right angle) are called complementary angles and one is called the complement of the other. 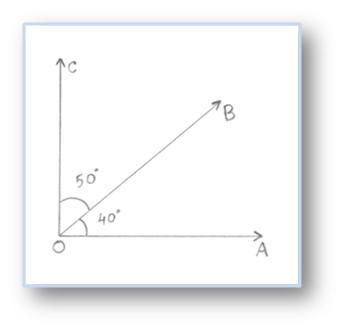 Working rule: To find the complementary angle of a given angle subtract the measure of an angle from 90°.

Two angles whose sum is 180° (that is, one straight angle) are called supplementary angles and one is called the supplement of the other. 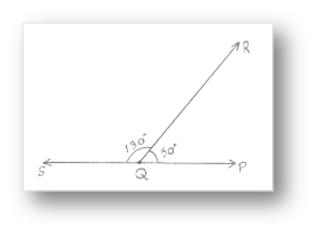 Thus the supplementary angle of 80° is the angle of measure 100°.


Working rule: To find the supplementary angle of a given angle, subtract the measure of angle from 180°.

Two non – overlapping angles are said to be adjacent angles if they have:

(a) a common vertex

(c) other two arms lying on opposite side of this common arm, so that their interiors do not overlap. 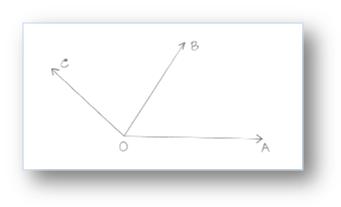 Hence, the arm ∠AOB and ∠BOC form a pair of adjacent angles.

Two angles formed by two intersecting lines having no common arm are called vertically opposite angles. 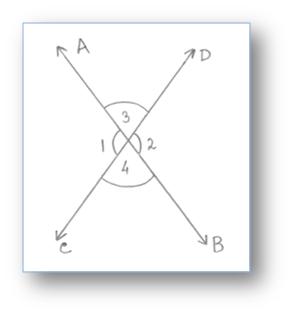 When two lines intersect, then vertically opposite angles are always equal.

Two adjacent angles are said to form a linear pair if their sum is 180°. 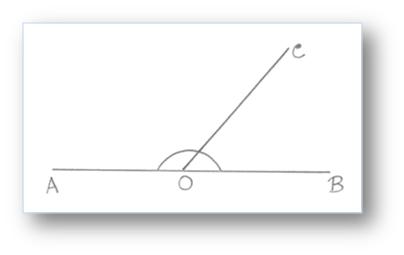 These are the pairs of angles in geometry.

From Pairs of Angles to HOME PAGE