We will solve different types of problems given in the Worksheet on H.C.F. and L.C.M.

I. Fill in the blanks:

(iii) The HCF of the given numbers cannot be ……………. than the number themselves.

VII. The HCF and LCM of two numbers is 5 and 30 respectively. If one of the numbers is 10, find the other number. 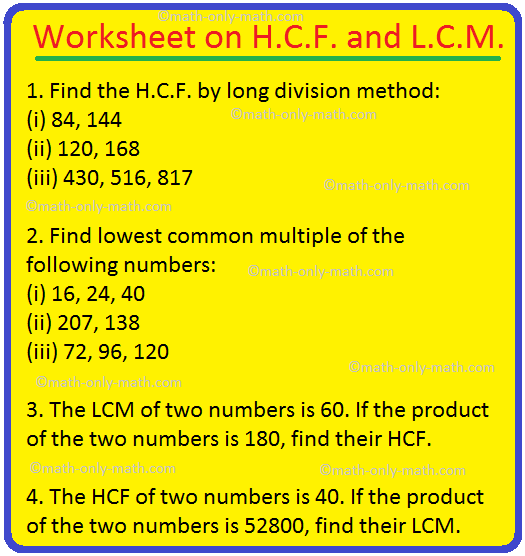 Answers for the highest common factor (H.C.F.) and lowest common multiple (L.C.M.) are given below.

Relationship between H.C.F. and L.C.M.

Worksheet on word problems on H.C.F. and L.C.M.

From Worksheet on H.C.F. and L.C.M. to HOME PAGE