Division of whole numbers is discussed here step by step.

2. Division is the inverse of multiplication.

3. Relation between Dividend, Divisor, Quotient and Remainder is.

To understand the relation between dividend, divisor, quotient and remainder let us follow the following examples: 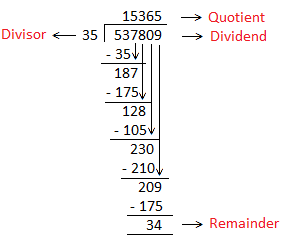 Check the answer of the division: 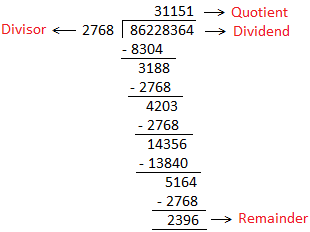 Now to check the answer of the division: 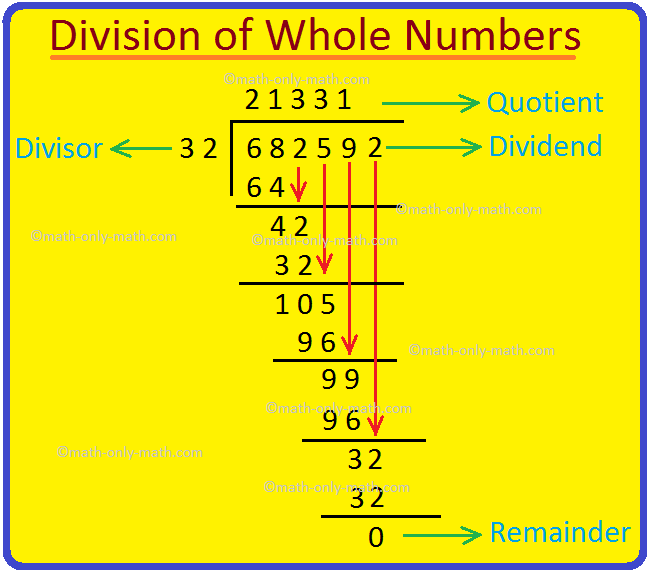 Now to check the answer of the division:

Division by numerals ending with zeroes:

We know that division is the inverse operation of multiplication. When we divide a number by 10, 100 or 1000, we take away as many zeroes from dividend as in the divisor.

Questions and Answers on Division of Whole Numbers:

I. Find the quotient and check the answers in each of the following:

2. Find the quotient and remainder for the given.

From Division of Whole Numbers to HOME PAGE