Worksheet on Operations On Whole Numbers

We have already learnt the four operations and now we will use the procedure for doing the basic operations on large numbers up to five-digits. Let us solve the following questions to quickly get the idea what we have learnt.

I. Find the product of the given number: 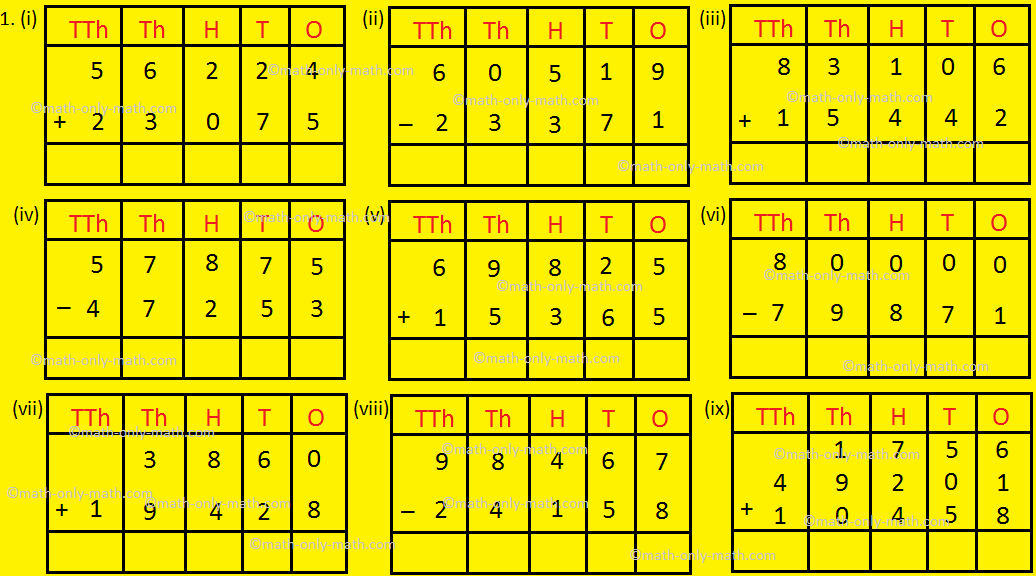 III. Divide the following and find the quotient and remainder:

IV. Using the digits 2, 9, 3, 6 and 0 form the largest and the smallest possible 5-digit numbers. Find the difference between the two numbers formed.

V. Given below is the number of people who came to watch the football matches at XYZ stadium in a week. Observe the given data and answer the following questions.

(i) On which day did the minimum numbers of spectators see the match?

(ii) If the price of one ticket to the stadium is 50 in the local currency, how much money was collected on Tuesday?

(iii) What was the total number of spectators who came to XYZ stadium during the week?

(iv) How many more spectators were there on Saturday than Wednesday?

Answers for the Worksheet on Operations On Whole Numbers are given below to check the exact answers of the questions.

From Worksheet on Operations On Whole Numbers to HOME PAGE