Worksheet on Subtraction of Money

Practice the questions given in the worksheet on subtraction of money by using without conversion and by conversion method (without regrouping and with regrouping).

Note: Arrange  the amount of rupees and paise in columns and then subtract the amounts to find the difference between the two given amounts.

1. Convert into paise and subtract without regrouping:

2. Convert into paise and subtract by regrouping:

3. Find the difference without conversion and without regrouping:

(i) Rupees forty-seven and thirty paise from rupees seventy-eight and twenty-five paise.

6. Subtract the following arranging in columns of rupees and paise:

Word Problems on Subtraction of Money:

7. Shelly buys one purse for her mom’s birthday. If she pays $500 to the shopkeeper how much money will she get back? 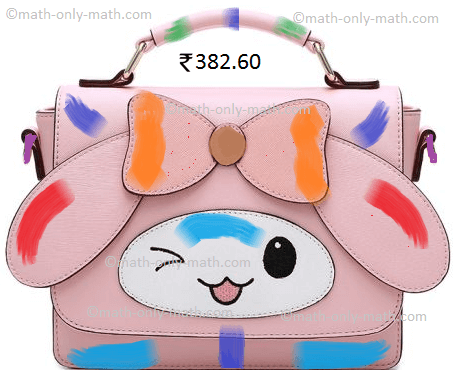 Answers for the worksheet on subtraction of money are given below to check the exact answers of the above questions on finding the differences of the amounts.

● Worksheet on Addition of Money

● Worksheet on Multiplication of Money

● Worksheet on Division of Money

From Worksheet on Subtraction of Money to HOME PAGE