In 2nd grade money worksheet we will solve the problems on writing amount in words and figures, conversion of money and word problems on money.

(i) Rs. is written after the amount

(ii) p is written before the amount.

(iii) A dot is used to separate rupees from paise.

(iv) 10 rupees is available in both coin and note. 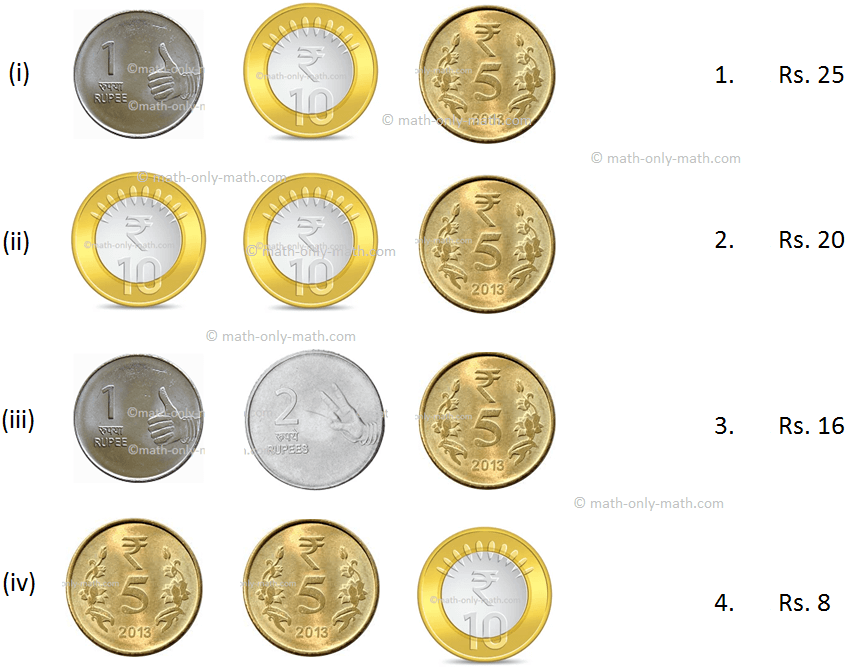 5. Nitheeya goes to a shop to buy some items. Look at the picture and answer the following question. 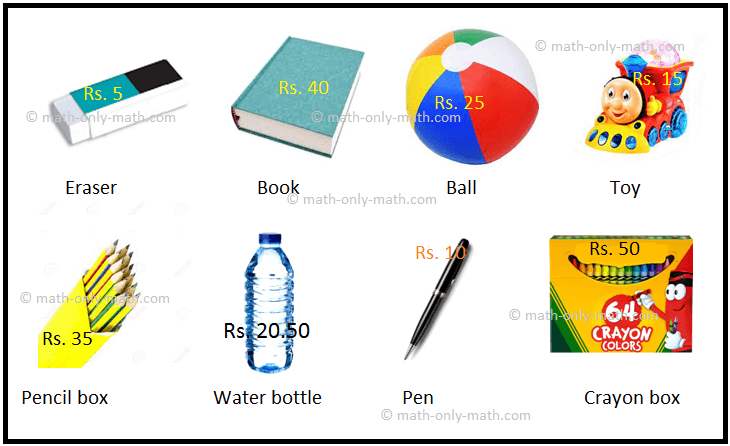 (iii) If Henry has Rs. 5 only which item can he buy from this shop?

(iv) What is the least number of Rs. 10 coins David should use to pay for a box of crayon?

From Divide by Repeated Subtraction to HOME PAGE