What is a triangle?

A simple closed curve or a polygon formed by three line-segments (sides) is called a triangle.

The above shown shapes are triangles. The symbol of a triangle is ∆.

A triangle is a polygon with three sides. In the given figure ABC is a triangle. AB, BC and CA are its sides. The point where two sides meet is called its vertex. A, B, C are its vertices. There are many types of triangles. Triangles can be classified on the basis of sides and angles. Some triangles which are given below have been classified on the basis of their sides.

Three types of triangle with respect to sides

(i) A triangle having all the three line-segments or sides unequal is called a scalene triangle. 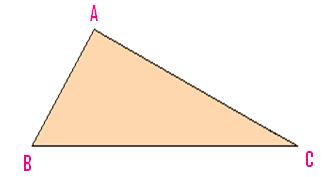 (ii) A triangle having a pair of its sides or two line-segments equal is called an isosceles triangle. 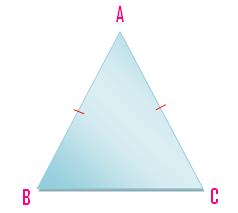 (iii) A triangle having all the three line-segments or sides equal is called an equilateral triangle. 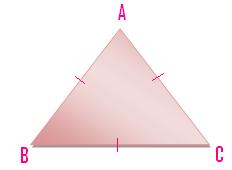 Types of triangle with respect to angles

(i) A triangle in which all the three angles are acute is called an acute angled triangle. 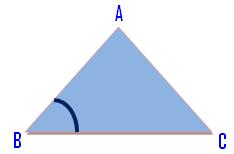 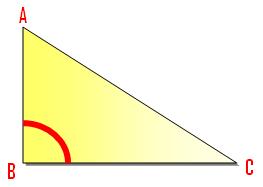 ∠ABC is an obtuse angle.

Math Only Math is based on the premise that children do not make a distinction between play and work and learn best when learning becomes play and play becomes learning.

From Triangle to HOME PAGE