In circle math the terms related to the circle are discussed here.

We have learned to draw a circle, by tracing the outlines of objects like a bangle or a bottle cap. 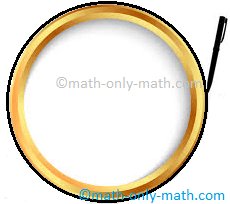 We shall learn now how to draw a circle using a compass.

Compass is a handy drawing tool available in the geometry box. A compass has two arms which can be pulled apart easily to adjust to the size of the circle we want to draw.

Fix a sharp pencil into the holder on the compass.

Fix the needle of the compass on the point where the center of the circle would be.

Open and adjust the other arm which is holding the pencil and rotate the compass to draw a circle. 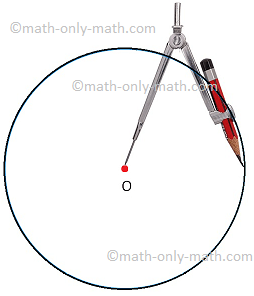 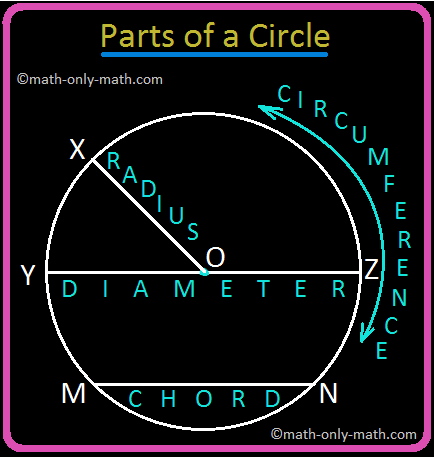 A line segment which joins any two points on the circle is called a chord. MN is a chord in the given figure.

The length of the circle is called its circumference.

A circle is such a closed curve whose every point is equidistant from a fixed point called its center.

The symbol of circle is O. 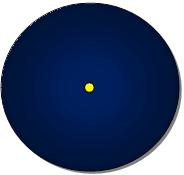 The center of a circle is a fixed point within the circle from which all the points of the closing curve are equidistant. 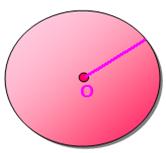 O is the centre. 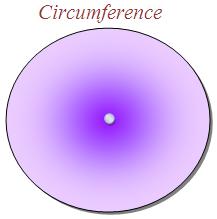 The distance from the centre to any point on the circumference of a circle is called the radius of the circle. The symbol of the radius is r. 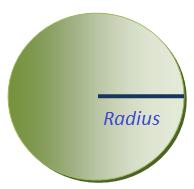 The line-segment passing through the centre and meeting the points on the circumference is called the diameter of the circle. Diameter is denoted by 'D'. 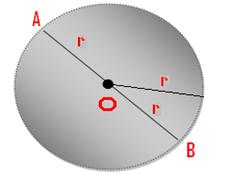 AB is a diameter of the circle.

Diameter is twice the length of the radius concerned. 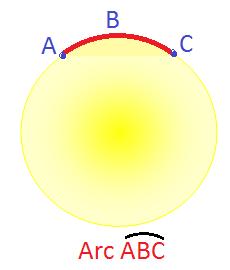 The line-segment joining the two ends of an arc is known as a chord. A diameter is the longest chord of a circle. 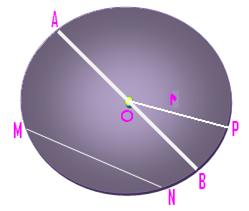 O is the centre.

OP is one radius.

AB is a diameter.

MN is a chord. (line-segment)

OA and OB are also radii.

From Circle Math to HOME PAGE