Let us follow some of the pictures or figures given below.

(i) Examples of vertical lines of symmetry:

Each is divided by a straight line. Both the parts are equal in all respects. When the pictures or figures are folded along the straight lines, one part will fit or cover the other part exactly. 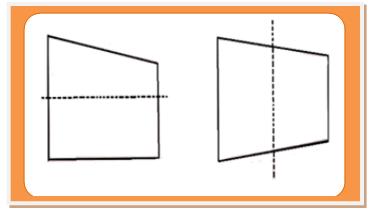 In the above figure the straight lines shown are not lines of symmetry.

Let us consider some of the symmetrical figures which have been folded along the lines of symmetry: 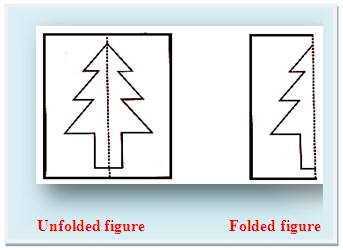 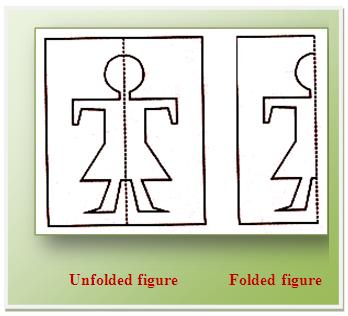 These are the basic and main points to understand line symmetry.

Questions and Answers on Line Symmetry:

(i) The number of lines of symmetry in a regular pentagon are:

(ii) The number of lines of symmetry in an isosceles triangle:

From Line Symmetry to HOME PAGE