What are Parallel Lines?


Two lines in a plane are said to be parallel if they do not intersect, when extended infinitely in both the direction.

Also, the distance between the two lines is the same throughout.

The symbol for denoting parallel lines is ∥.

If lines l and m are parallel to each other, we can write it as l∥m and which is read as ‘l is parallel to m’. 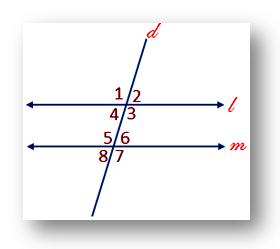 If two parallel lines are cut by a transversal, then 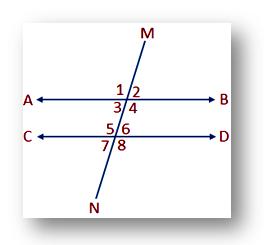 (i) Interior and exterior alternate angles are equal.

If two straight lines are cut by a transversal, and if

• the pair of corresponding angles is equal, then the two straight lines are parallel to each other.

• the pair of alternate angles is equal, then the two straight lines are parallel to each other.

• the pair of interior angles on the same side of transversal is supplementary, then the two straight lines are parallel.

Two segments are parallel if the corresponding lines determined by them are parallel.
In other word, two segments which are in the same plane and do not intersect each other even if extended indefinitely in both directions are said to be parallel.

One segment and one ray are parallel if the corresponding lines determined by them are parallel.


The opposite edge of a ruler is an example of parallel line segments.

From Properties of Parallel Lines to HOME PAGE