Practice the questions given in the worksheet on adding three digit. The questions are based on adding 3-digit problems that do not require regrouping (no regrouping) where 3 addends are needed to arrange in a vertical order to add easily.

We first arrange them one below the other in place value columns and then regroup 10 ones to one ten, 10 tens to 1 hundred, if required.

Now, answer the following questions to quickly recap what you have learnt about addition.

I. Add the following:

III. Arrange in columns and add:

IV. Fill in the blanks, using properties of addition:

V. Estimate the sum to the nearest ten:

Answers for the worksheet on adding three digit numbers are given below to check the exact answers of the above questions to add the 3-digit numbers that do not require regrouping. 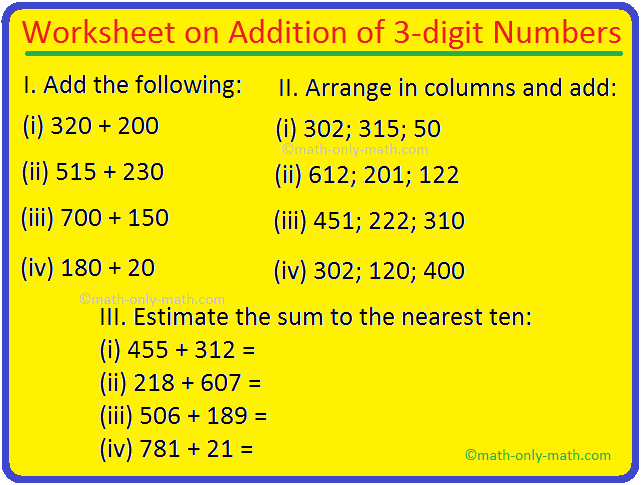 From Worksheet on Adding Three Digit to HOME PAGE