A fraction with denominator 100 is called percentage and is denoted by the symbol %.

In our daily life, we see a lot of statements with numbers followed by a symbol %. A number followed by % is called a percentage or percent. The term percent comes from the Latin phrase per centum, meaning by the hundred. Percentage is another way of expressing a part of a whole.

The word percent means per hundred or for every hundred. Thus, Clara got 83 marks out of 100 means; she got 83 percent marks.

The symbol of percent is %.

On the status bar of our computer 100% indicates that the battery is fully charged. Let us illustrate this by assuming that a battery is made up of 100 small cells and each cell of the battery is represented by an equal part on a square sheet. The shaded region in the following figures shows the percentage of charge in a battery. 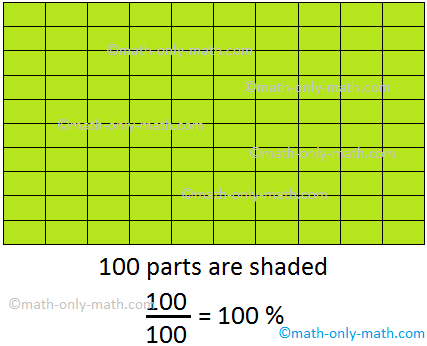 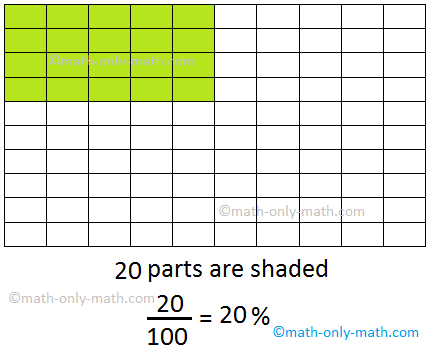 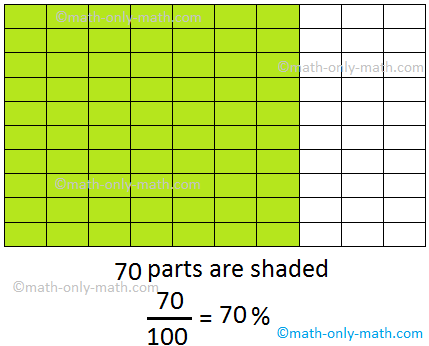 So, we can say that percentage represents parts her hundred. Percentage is a fraction with 100 as its denominator.

To Convert a Percentage into a Fraction

To Convert a Fraction into a Percentage

To find the percent of a given number

To find what Per cent is one Number of another Number

To Calculate a Number when its Percentage is Known

From Percentage to HOME PAGE