I. Add the given numbers:

1. When we add zero to any number, the answer is:

IV. Choose the right answer and fill in the blank.

V. Estimate the given sums by rounding off the given numbers.

VII. Given below is the addition wheel. Add the number of the inner circle with the number in the middle circle and write the answer in the outer circle. 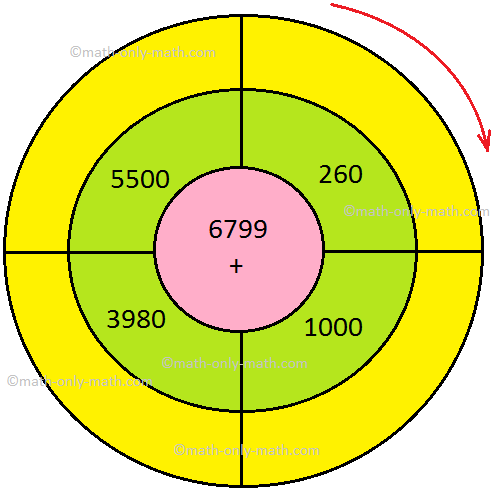 VIII. In a Marathon, Ron covered 3562 m and Shane is ahead of him by 628 m. How much distance has Shane covered?

3. The successor of largest 4 digit number is

X. Write the next two numbers in the series:

XI. Write 3 same numbers in the circles of the triangle which add and give the sum equal to the number in the triangle.

XII. Match the given sums to its solution by coloring the cloud and the rain drop with same color. 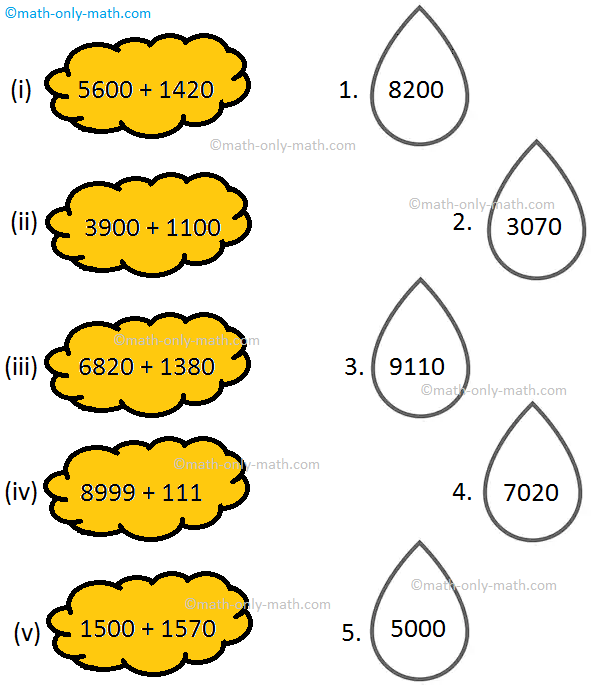 XIII. Find the missing numbers in the following: 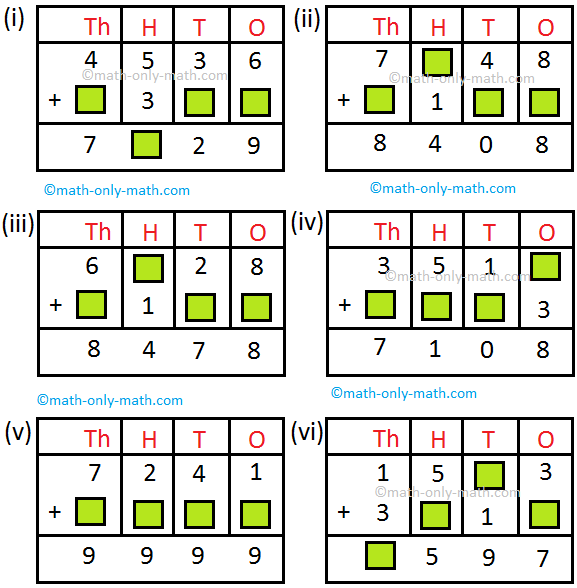 XIV. Find the estimated sum by rounding to the nearest 10s and compare with the exact sum.

XV. Find the estimated sum by rounding to the nearest 100s and compare with the exact sum.

XVI. Find the estimated sum by rounding to the nearest 1000s and compare with the exact sum.

(i) Arrange the books in the increasing order of their number.

(ii) What is the total number of books in the library. Give your answer to nearest 10 and 100.

(iii) If 1200 more Subject Reference Books are bought for the library, what will be the total number of reference books rounded to the nearest 10.

(iv) Compare the sum of Activity Books and Encyclopedia with the number of Subject Reference Books?