Here we will discuss about the four seasons and the duration.

After the winter season, for about two months it is neither too cold nor too hot. There is good weather all around. This period of charming weather is called the spring season.

Thus, there are four main seasons.

The story about seasons:

One day, the seasons had an argument. Each one of them said, “I am the best!” 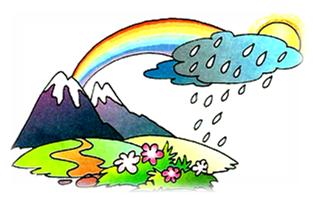 Spring said, “I am when flowers bloom and it is green and fresh everywhere. Birds fly and insects have fun with new flowers.”

Summer said, “Yes, but I am when the sun shines brightly and it feels too hot to do anything. People eat ice-cream, enjoy cold drinks and eat yummy watermelon.

Autumn said, “I am when trees shed their leaves and cover the earth in orange brilliance. The air feels cool.”

Winter said, “I am when people wear woolen clothes, caps and gloves to keep their bodies warm. They get to drink hot chocolate. Birds fly south for the winter because it’s too cold.”

Since they couldn’t decide who was best, they agreed that they were all important because one could not do without the other.

Kindergarten kids can have fun reading the stories about the seasons and also share the story with your friends. In kindergarten math learning activities kids can enjoy a fun time activities.

Children can collect the pictures of things used in summer and winter seasons. They can make two different seasons pictures colorfully and can hang on the wall.

● Count the Numbers and Match.

● Numbers and their Names.

● Counting Eleven to Twenty with Numbers and Words.

● Counting Numbers from Twenty One to Thirty.

● Counting Numbers from Thirty One to Forty.

● Addition on a Number Line.

● Worksheet on Addition I.

● Worksheet on Counting Numbers 6 to 10.

● Kindergarten Addition up to 5.

● Worksheets on Kindergarten Addition up to 5.

● Before and After Counting Worksheet up to 10.

● Worksheets on Counting Before and After.

● Before, After and Between Numbers Worksheet up to 10.

● Worksheet on Before, After and Between Numbers.

● Counting Before, After and Between Numbers up to 10.

● The Story about Seasons.

● Worksheet on Before, After and Between Numbers up to 20.

● Worksheet on Before, After and Between Numbers up to 50.

From Seasons to HOME PAGE