2. A die is rolled 500 times and the frequencies of the scores obtained are given below.

Find the probability of getting each score. Verify if their sum is 1.

3. Write down the total number of possible outcomes when the following experiment is done.

4. A die is rolled at random. Write the number of favourable outcomes for the following events:

(i) getting a number less than 5

(ii) getting a prime number.

5. Two coins are tossed simultaneously. Write the number of favourable outcomes for the following events:

(i) getting at least one tail

7. A die is rolled once. Find the probability of getting

8. A die is rolled once. Find the probability that the number is

9. Two dice, one white and one red, are rolled together. Find the probability of getting 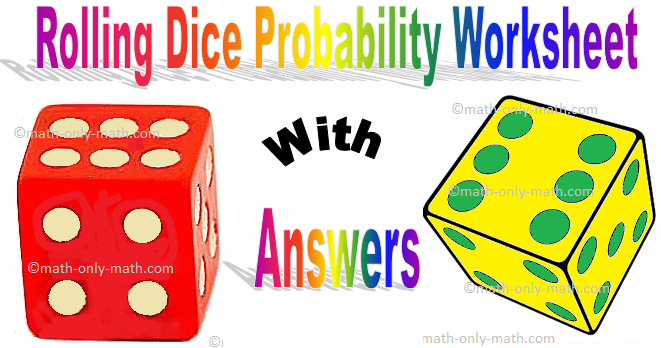 Answers for the rolling dice probability worksheet are given below to check the exact answers of the above questions.