We will learn pattern around us. Patterns are all around us. If you look for patterns in your house, you can find some beautiful patterns in windows, floor and wall.

We can make patterns using 2 or more different things.

You can make patterns by using your hand and feet too.

Observe the repeating pattern in the sequences given below. 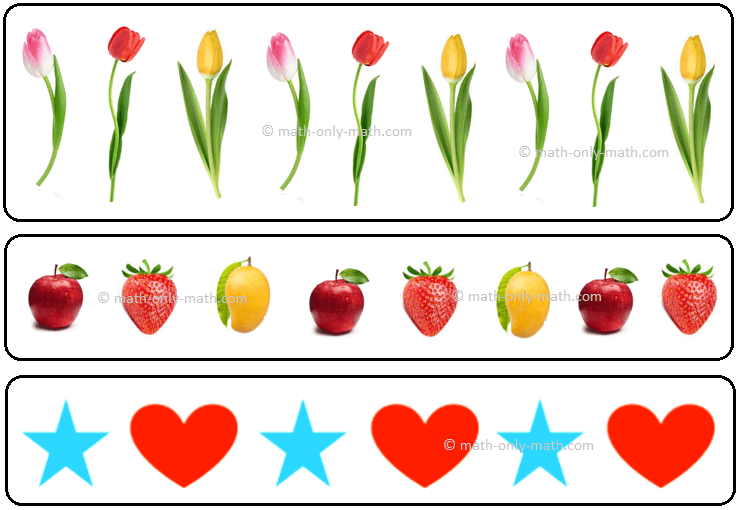 Cross out the object which does not fall into the pattern.

One has been done for you. 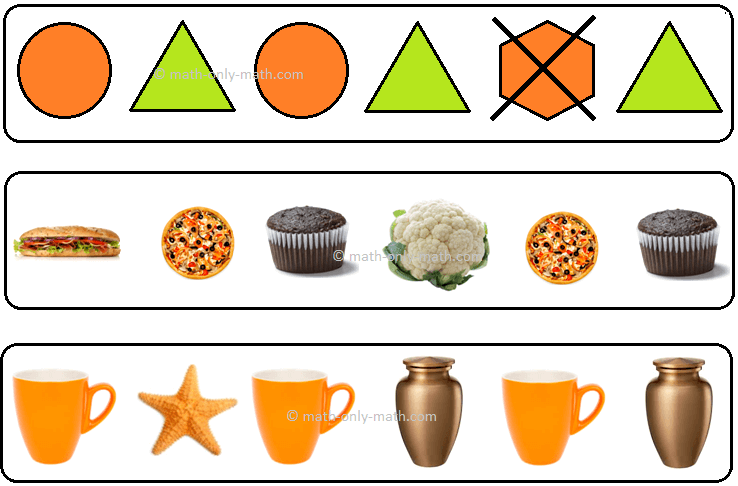 Draw and complete the patterns. 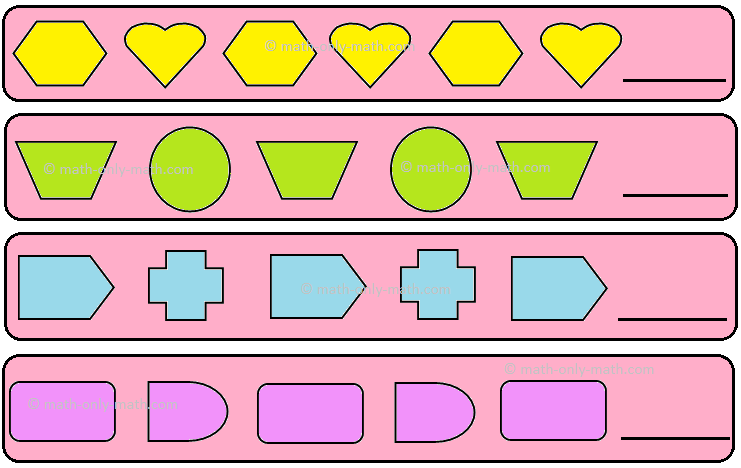 I. Fill in the blanks:

III. Cross out the one which does not form a pattern. 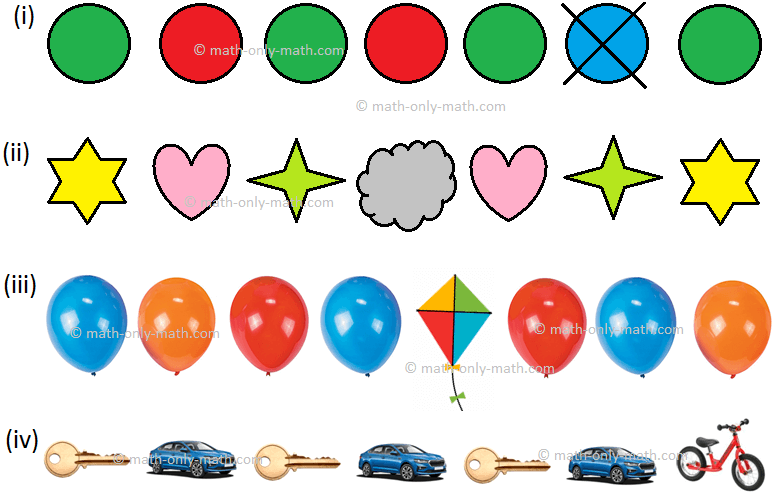 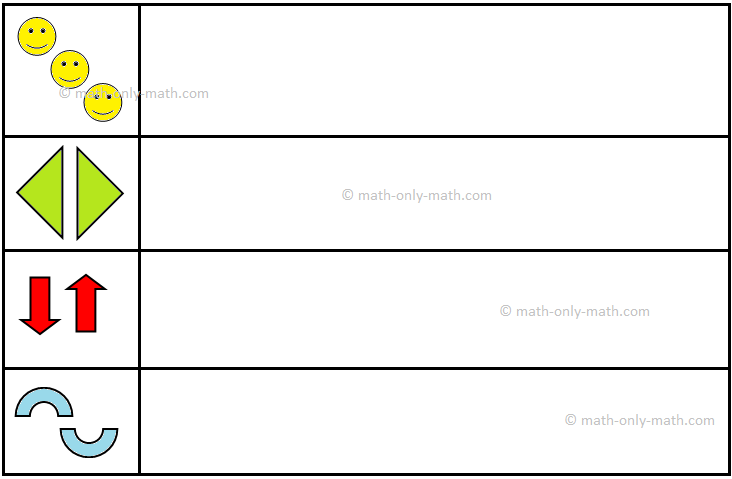 VI. Create a pattern using shapes and color the dress. 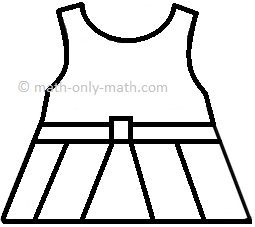 VII. Complete the patterns according to the colour code.