2. Check whether the numbers are divisibility by 4:

3. In each of the following numbers without doing actual division, determine whether the first number is divisible by the second number:

6. Fill in the smallest digit to make the number divisible by:

7. Check using divisibility rules and fill in the boxes using “Yes” or “No”. 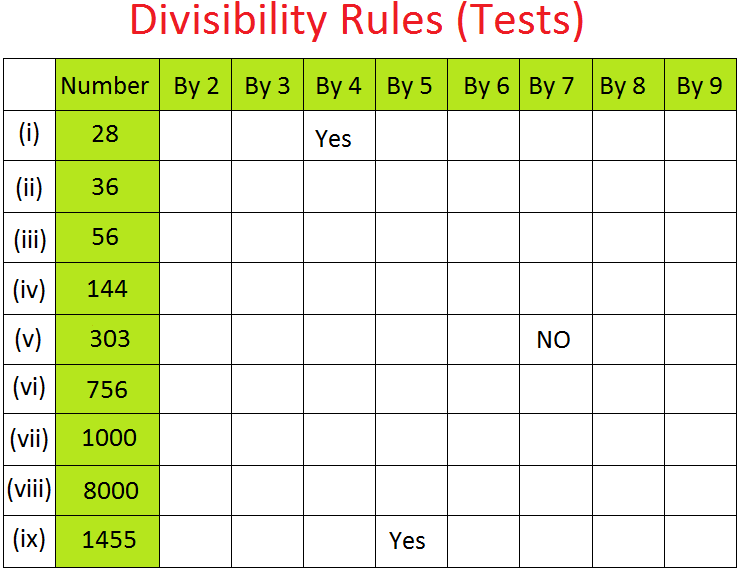 Answers for the worksheet on divisibility rules are given below.

From Worksheet on Divisibility Rules to HOME PAGE