Practice the questions given in the worksheet on l.c.m. to find the least common multiple by listing their multiples, by common prime factors and by division method.

I. Find the L.C.M.  of the following by listing their multiples.

II. Find the first 3 common multiples of the given using a number line.

III. Find the L.C.M.  of the following by finding common prime factors.

IV. Find the LCM of the given numbers by prime factorization method.

V. Find the L.C.M. of the given numbers by division method.

(i) Find the lowest number which leaves 4 as remainder when divide by 9 and 12.

(ii) Find the lowest number which being increased by 3 is exactly divided by 8, 12 and 16. 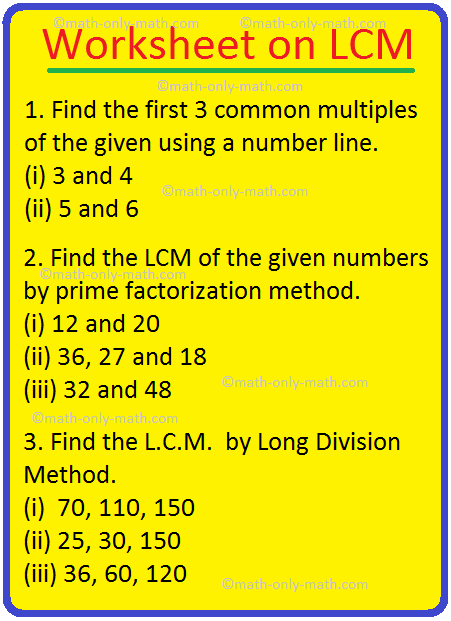 Answers for the worksheet on lcm are given below.

From Worksheet on L.C.M.  to HOME PAGE