Learn how to represent the union of sets using Venn diagram. The union set operations can be visualized from the diagrammatic representation of sets.

Let A and B be the two sets. The union of A and B is the set of all those elements which belong either to A or to B or both A and B.

Now we will use the notation A U B (which is read as ‘A union B’) to denote the union of set A and set B.

Therefore, the shaded portion in the adjoining figure represents A U B. 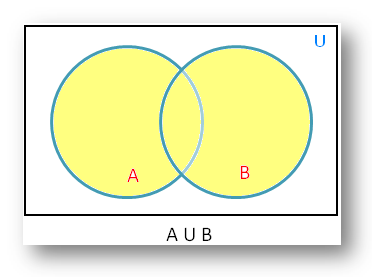 Thus, we conclude from the definition of union of sets that A ⊆ A U B, B ⊆ A U B.

From the above Venn diagram the following theorems are obvious:

Now let’s draw the venn diagram to find A union B. 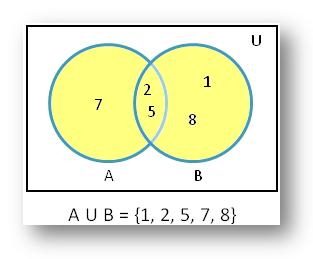 2. From the adjoining figure find A union B. 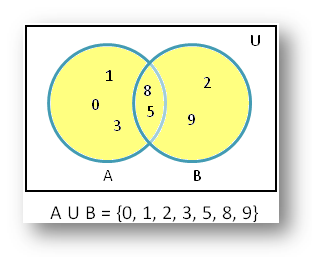 According to the adjoining figure we get;

Therefore, A union B is the set of elements which in set A or in set B or in both.

● Representation of a Set

● Problems on Union of Sets

● Problems on Intersection of Sets

● Complement of a Set

● Problems on Complement of a Set

● Problems on Operation on Sets

From Union of Sets using Venn Diagram to HOME PAGE