What are the prime and composite numbers?

Prime numbers are those numbers which have only two factors 1 and the number itself.

In other words, a number which is divisible by only itself and 1 is a prime number. So, prime number has only two different factors 1 and the number itself.

Composite numbers are those numbers which have more than two factors.

Therefore, 1 is a unique number that is neither prime nor composite as it has only one factor.

Questions and Answers on Prime and Composite Numbers

I. Choose the right answer and fill in the blank:

(vi) A pair of numbers that do not have any common factor other than 1 are ….….. numbers.

(viii) Which of the following is a prime number?

(ix) Which of the following even number is prime?

(x) Which of the following is a composite number?

IV. Write all the composite numbers less than 30.

V. Write all the prime numbers less than 20.

VI. Check if the given pair of numbers are co-primes:

VII. Fill in the blanks:

VIII. Circle all the composite numbers in the given box: 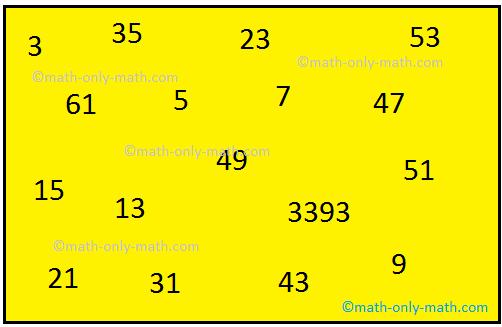 From Prime and Composite Numbers to HOME PAGE