We will discuss how to find the equation of the parabola whose vertex at a given point and axis is parallel to x-axis.

Let A (h, k) be the vertex of the parabola, AM is the axis of the parabola which is parallel to x-axis. The distance between the vertex and focus is AS = a and let P (x, y) be any point on the required parabola.

Now we shift the origin of co-ordinate system at A. Draw two mutually perpendicular straight lines AM and AN through the point A as x and y-axes respectively. 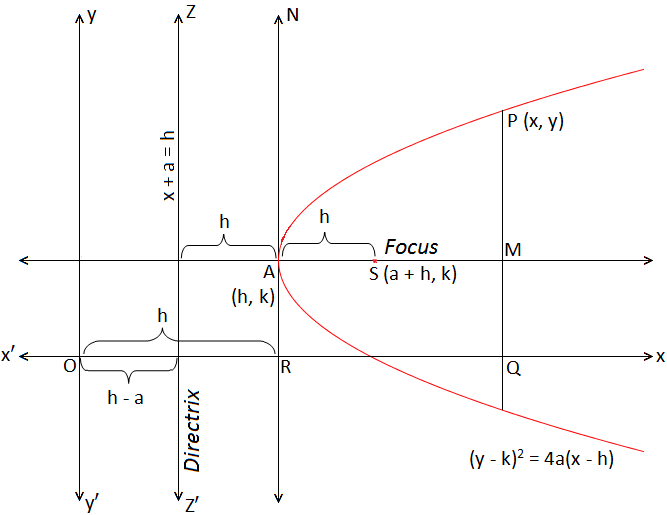 Solved example to find the equation of the parabola with its vertex at a given point and axis is parallel to x-axis:

The length of its latus rectum = 4 units