Ordered pair of a Coordinate System

XOX’ is called the x-axis which is a horizontal line.

YOY’ is called the y-axis which is a vertical line.

Point O is called the origin. 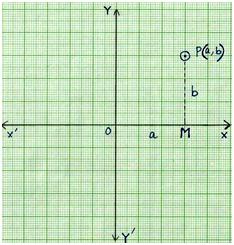 In an order pair, if the order of the numbers is changed then it represents a different point,

Examples of ordered pair of a coordinate system:

● Coordinates of a Point

● Find the Coordinates of a Point

● Coordinates of a Point in a Plane

● Graph of Perimeter vs. Length of the Side of a Square

● Graph of Area vs. Side of a Square

● Graph of Simple Interest vs. Number of Years

● Graph of Distance vs. Time

From Ordered pair of a Coordinate System to HOME PAGE