For example: Children can see that one is done for them to get the exact idea how to do and then follow the number table chart how that number is colored.

Read and color red the following in the number table below to find the hidden number: 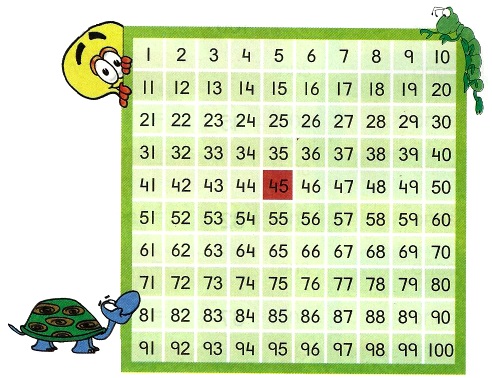 Worksheet on Tens and Ones

Number that Comes Between

Greater or Less than and Equal to

From Number Games to HOME PAGE