Intercepts Made by a Straight Line on Axes

We will discuss here about the intercepts made by a straight line on axes or intercepts of a line made on the axes of reference.

Again, the intercept made by the line MN on y-axis is ON i.e., ON is called y-intercept

Both OM and ON called the intercepts made by the line MN on both x-axis and y-axis.

The line intercept between the axes is the line MN. 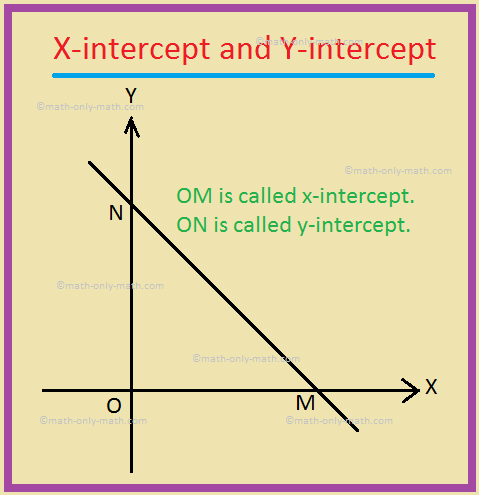 Let AB be a line cutting the x-axis and the y-axis at A and B respectively on the positive sides of the axes. Let OA = a and OB = b. 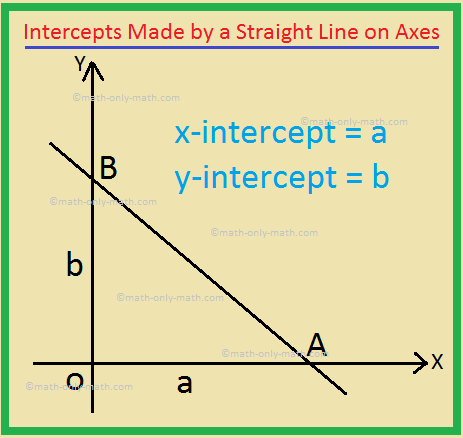 Then, the intercepts made on the axes of reference by the line are a and b respectively. So, x-intercept = a, and y-intercept = b.

Convention for the signs of intercepts:

The x-intercept is considered negative if measured to the left of the origin. 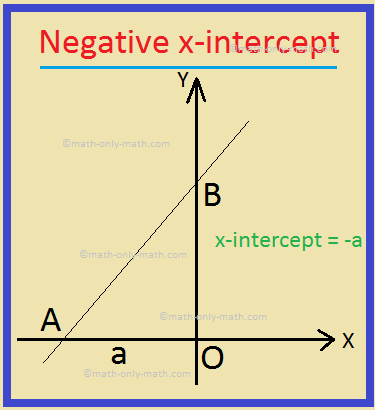 The y-intercept is considered negative if measured below the origin. 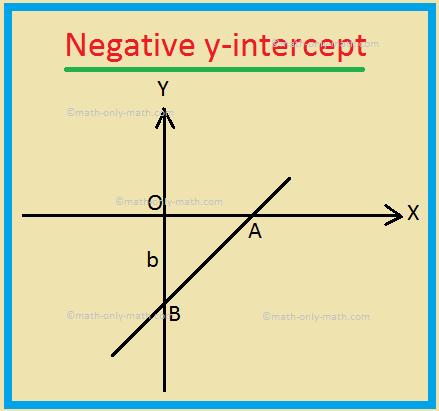 (i) When a straight line passes through origin then it makes zero intercepts on axis.

(ii) Any horizontal straight line has no x-intercept

(iii)  Any a vertical line has no y-intercept.

(iii) The intercepts on x-axis is denoted by a

(iv) The intercepts on y-axis is denoted by  b.

(v) When a straight line has only y-intercept, then the intercept denoted by c.

● Equation of a Straight Line

From Intercepts Made by a Straight Line on Axes to HOME