We will discuss here about points and line segment.

We know when two lines meet we get a point.

When two points on a plane surface are joined, a straight line segment is obtained.

But if two points in a curved surface is joined, a curved line segment is drawn. 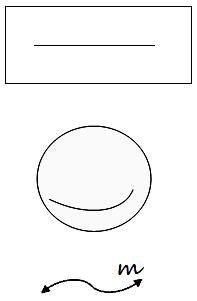 When a line segment is extended towards both sides unlimitedly it becomes a line.

We make arrows on both end sides of a line segment to represent a line.

The core of a cuboid or cube is an example of a line segment.

There are many line segments in the following figures: 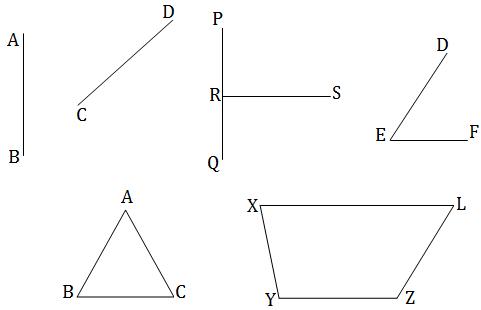 Note: Line segments may be joined to form geometric figures.

What is one dimensional figure?

A line or a line segment is called one dimensional (1-D) figure.

There are two types of lines.

Straight line: If a line shows only one direction, then it is a straight line. It may be vertical, horizontal or slant.

It changes its direction.

If you hold the two edges of the string in your hands loosely, it will look like as shown below in the picture.

This is an example of a curved line. 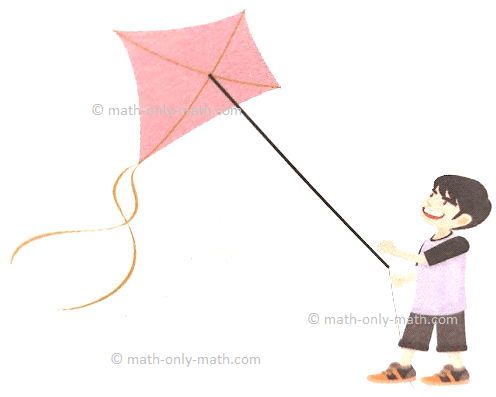 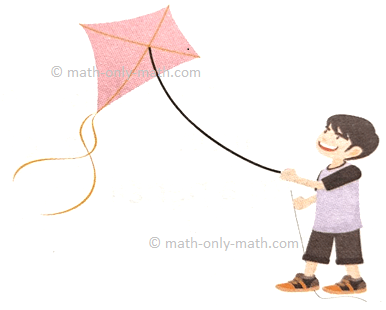 To draw a curved line take a piece of paper. Place a bangle on the paper and draw a line as shown in the picture below. You get a curved line.

Points, lines and line segment are the fundamental concepts in geometry.

From Points and Line Segment to HOME PAGE