Practice the third grade math worksheet on point, lines, line-segment and ray in geometry. The questions will help the kids to understand the basic concept of point in geometry; lines; types of lines such as straight line and curved line and comparison between a ray, a line and a line segment.

Let us recall what we have learnt about types of straight lines, curved lines, plane and solid shapes. Let us do the following worksheet to revise some of the important concepts we learnt.

1. What is a point in geometry?

3. Identify the line segment as straight or curve:

4. Identify the given figures and name them:

5. Given below is a set of points. Join them to get 4 triangles and a rectangle. Name them along with all the line segments formed. 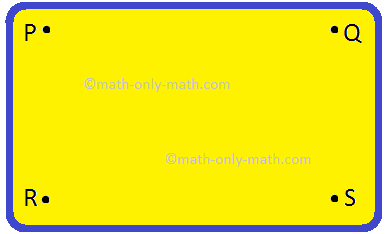 6. How many types of straight lines do you know?

7. Write ‘true’ or ‘false’ as the case may be for the following statements:

(i) A point has the smallest but definite mark.

(ii) A line-segment is a part of line.

(iii) A ray has no definite end point.

(iv) There are no points in a line.

(v) a slanting line is a kind of curved line.

8. Name all the line segments in the given figures:

9. Write the name of each of the given figures with its symbol:

11. How many rays are possible through a given point?

12. How many line segments can be drawn through two given points?

13. Give 2 alphabets which can be an example for parallel lines.

14. Give an alphabet which is an example of intersecting lines but not perpendicular lines.

15. Give an example of an alphabet where you can show both parallel and intersecting lines. 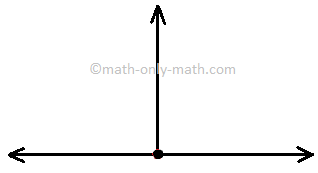 Answers for the worksheet on lines, line-segment and ray are given below to check the exact answers of the above questions in geometry.

From Worksheet on Lines Line-Segment and Ray to HOME PAGE