Solved Examples on the Basic Properties of Tangents

1. Two concentric circles have their centres at O. OM = 4 cm and ON = 5 cm. XY is a chord of the outer circle and a tangent to the inner circle at M. Find the length of XY. 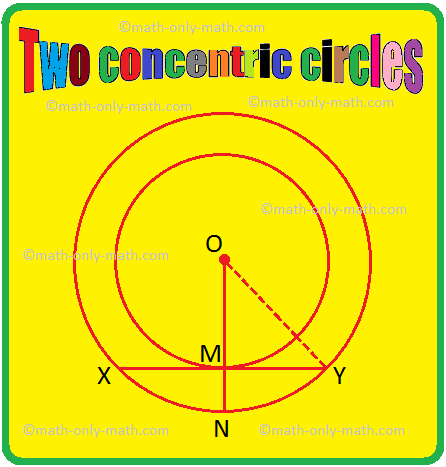 2. In the given figure, OX and OY are two radii of the circle. If MX and MY are tangents to the circle at X and Y respectively, prove that ∠XOY and ∠XMY are supplementary angles. 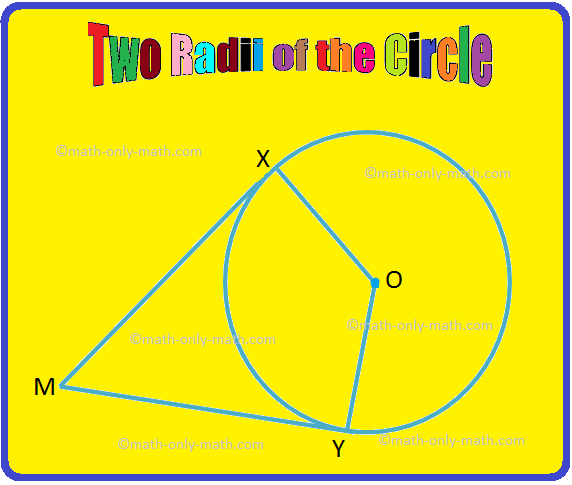 Given: OX and OY are radii and MX and MY are tangents.

3. If a line XY touches a circle at P and MN is a chord of the circle then prove that ∠MPN > ∠MQN, where Q is any point on XY other than P. 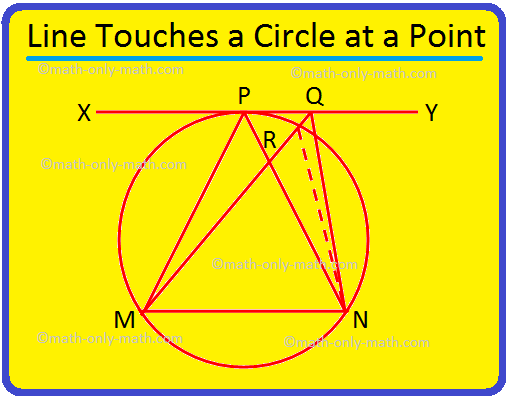 Given: MN is a chord of a circle and tyhe tangent at the point P is the line XY. Q is any other point on XY.