A figure bounded by line segments is a regular figure. 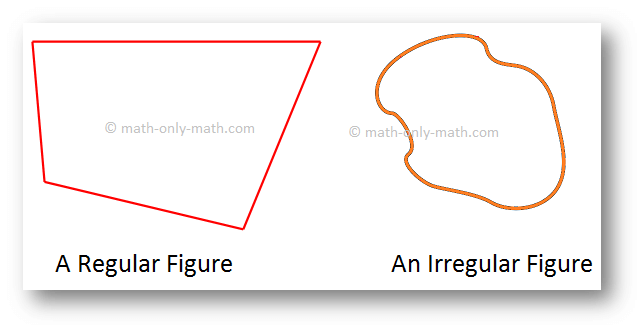 The space enclosed by the line segments is called the area of a figure.

Given below is a square bounded by four line segments each of length 1 cm.

What is the area of a square of sides 3 cm? 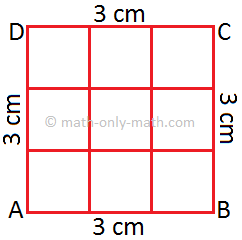 The above square consists of 9 small squares of area 1 sq. cm each.

Therefore, the area of square ABCD is 9 sq.cm (cm2)

Note: Square cm or centimetre2 is the unit of area.

From Regular and Irregular Figures to HOME PAGE