To draw a line segment through a point T, parallel to line PQ. There are two set-squares in your geometry box.

Take one of the set-square and place its edge along PQ as shown in the figure 1. 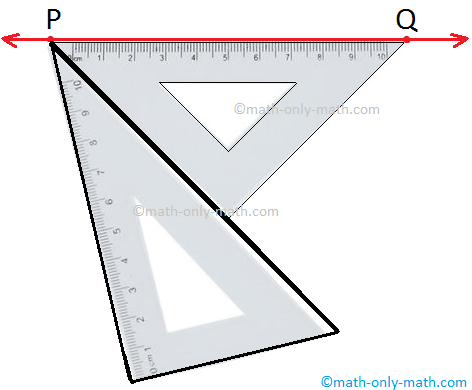 Now, slide the first set-square until its edge comes to pass through the given point T. 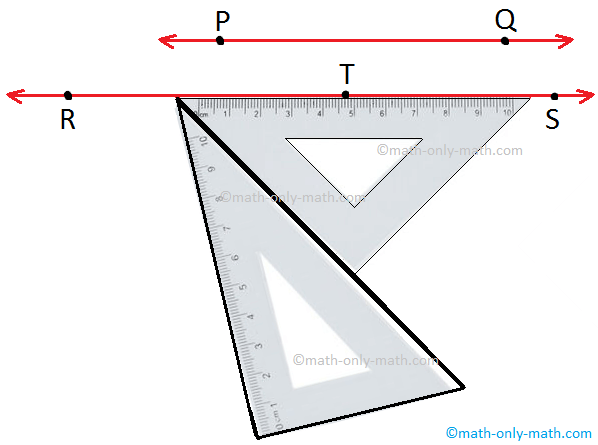 Draw the line RS passing through the point T as shown in the figure 3.

From Drawing Parallel Lines with Set-Squares to HOME PAGE