We have already studied about fractions and now we will discuss here about the concept of decimal.

Fractions can also be expressed as decimal Fractions.

We have already studied about fractions. Fractions can also be expressed as decimal Fractions.

Before we proceed further, let us understand the concept of decimal.

Study the place value chart of the following numerals: 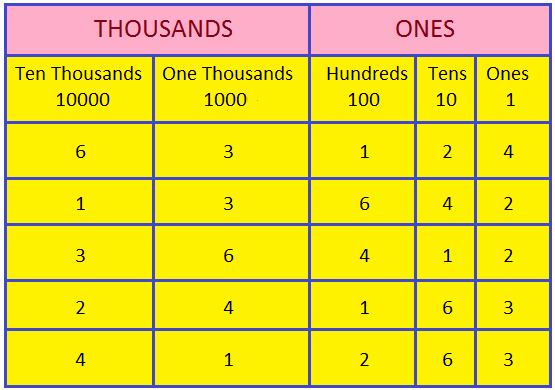 The place value of 4

As the digit moves from right to left

by one place its place value increases 10 times

Again, observe the table below:

Study the place value chart of the following numerals: 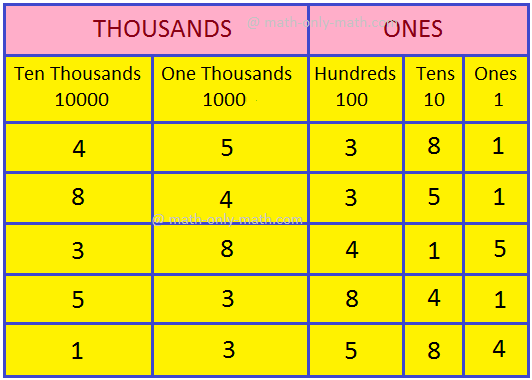 The place value of 4

As the digit moves from left to right

A decimal is a fraction whose denominator is 10 or powers of 10.

We can extend the place value chart further as follows:

We use fractions to express the numbers smaller than 1. We can also express a number smaller than one by using decimal point. Decimal is derived from ‘decem’ the Latin word which means 10. Remember, 10 is the base of the decimal system.

A decimal number consists of two parts – one whole part and one fractional part.

These two are separated by a point called decimal point.

In a decimal the paces occupied by the digits after the decimal point are called decimal places.

A decimal number has two parts - A whole number and a decimal fraction. A decimal point separates them. It is denoted by a dot (.). It is also called point.

Observe the table given below.

Observe the following place value chart which is extended to tenths, hundredths and thousandths. 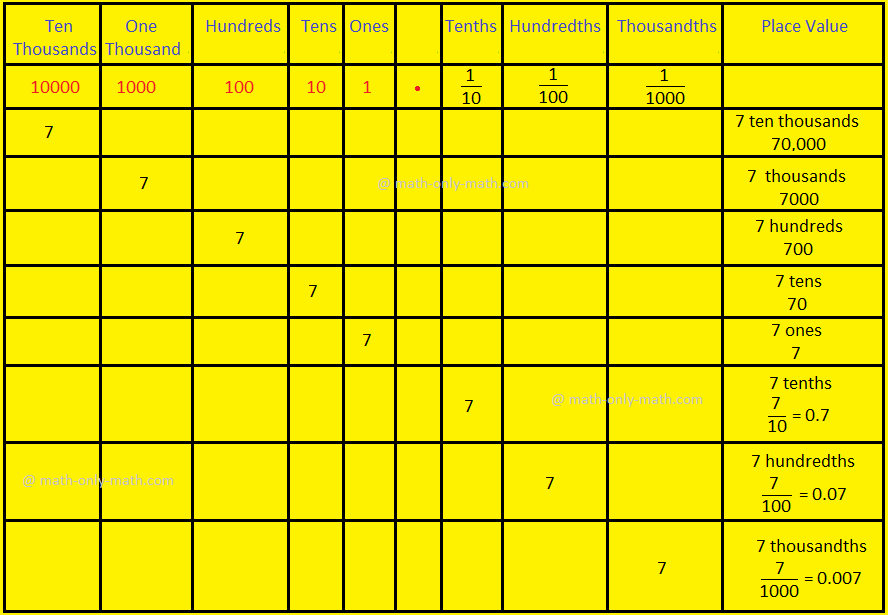 Questions and Answers on Concept of Decimals:

I. Write the number names of:

(i) Twenty nine and nine hundredths

(iv) One and one thousandth

III. Write the place value of the underlined digit:

From Concept of Decimal to HOME PAGE