What is composite number?

A whole number having at least 3 factors is called the composite number. 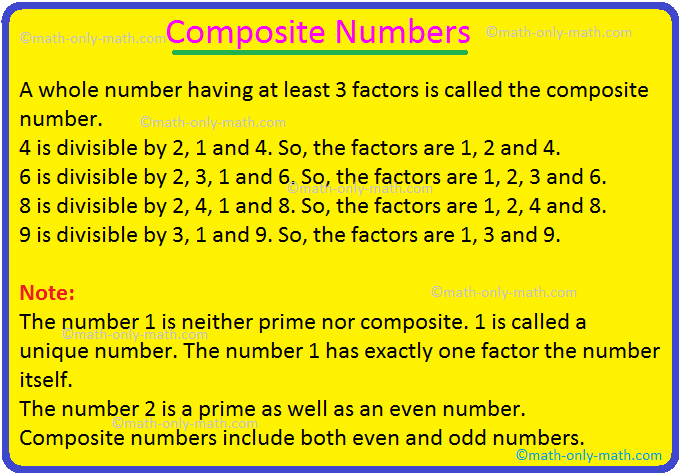 The number 1 is neither prime nor composite. 1 is called a unique number. The number 1 has exactly one factor the number itself.

The number 2 is a prime as well as an even number.

Composite numbers include both even and odd numbers.

From Composite Number to HOME PAGE