Three Angles of an Equilateral Triangle are Equal

Here we will prove that if the three angles of a triangle are equal, it is an equilateral triangle. 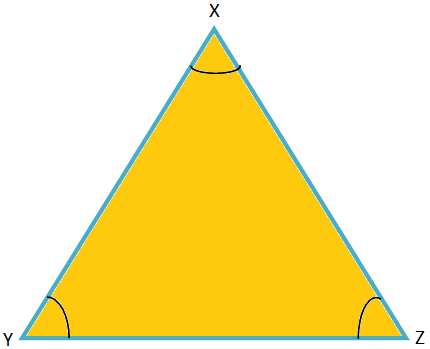 Note: In the adjoining figure, ∆XYZ is an isosceles triangle in which XY = XZ. XM is the bisector of ∠YXZ. 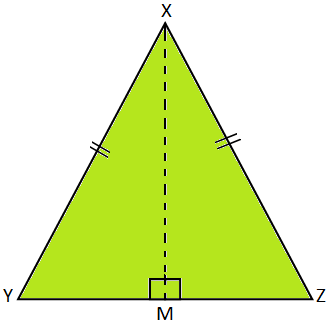 Also, ∠XMY = ∠XMZ = 90°. ∆XYM coincides with ∆XZM. So, ∆XYZ is said to be symmetrical about the line XM. The line XM is called the axis of symmetry. 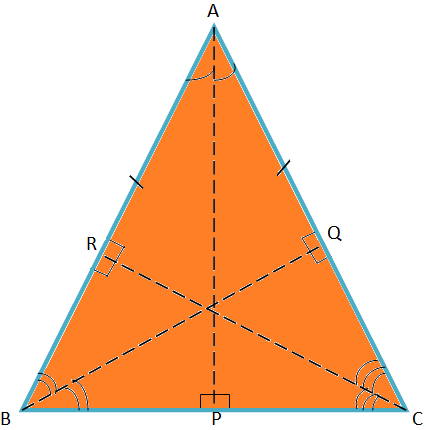 An isosceles triangle has one axis of symmetry while the equilateral ∆ABC has three axes of symmetry, AP, BQ and CR.