Subtraction is Reverse of Addition

Let us see the following example on the number line. 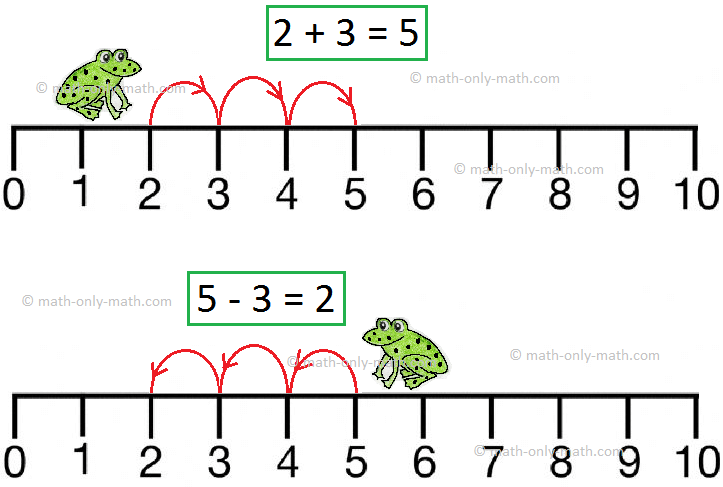 We can say that subtraction is the inverse of addition.

Look at the following examples.

Subtraction facts for the above addition sentences are:

From Subtraction is Reverse of Addition to HOME PAGE