Here we will discuss about the concept of parallelogram.

The point of intersection of any two consecutive sides is called a vertex. 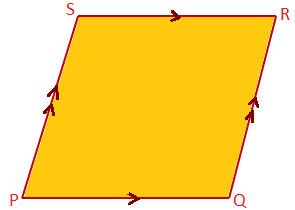 Rectangle: A parallelogram is called a rectangle if one of its angle is a right angle. In the given figure PQRS is a rectangle. Here PS ∥ QR, PQ ∥ SR and ∠P = 90°.

Consequently all angles will be right-angle. 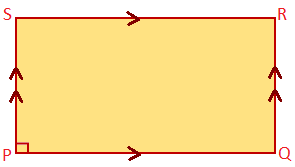 Note: Every rectangle is a parallelogram but the converse is not true.

Rhombus: A quadrilateral whose all sides are equal, is called a rhombus. In the given figure, PQ = QR = RS = SP. So, PQRS is a rhombus. 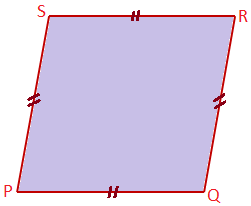 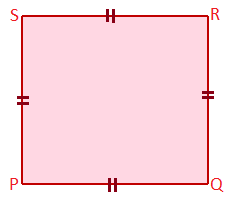 Trapezium: A quadrilateral whose one pair of opposite sides are parallel, is called a trapezium. In the given figure, PQRS  is a trapezium in which PQ ∥ SR and PS, QR are its oblique sides.

If the oblique sides PS , QR are equal, the trapezium is called isosceles trapezium.

From Concept of Parallelogram to HOME PAGE