In general, the incentre and the circumcentre of a triangle are two distinct points. 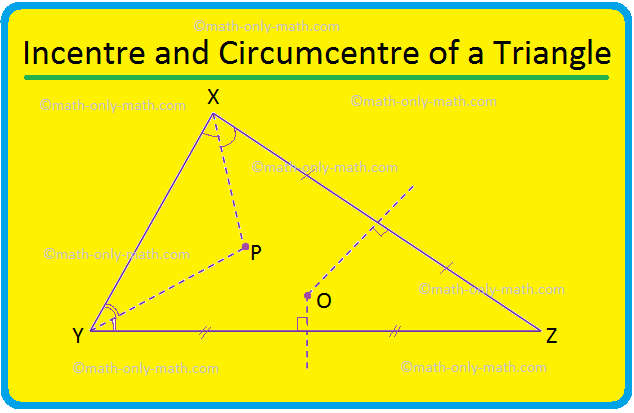 A special case: an equilateral triangle, the bisector of the opposite side, so it is also a median.

In the ∆XYZ, XP, YQ and ZR are the bisectors of ∠YXZ, ∠XYZ and ∠YZX respectively; they are also the perpendicular bisectors of YZ, ZX and XY respectively; they are also the medians of the triangle. So, their point of intersection, G, is the incentre, circumcentre as well as the centroid of the triangle. So, in an equilateral triangle, these three points are coincident. 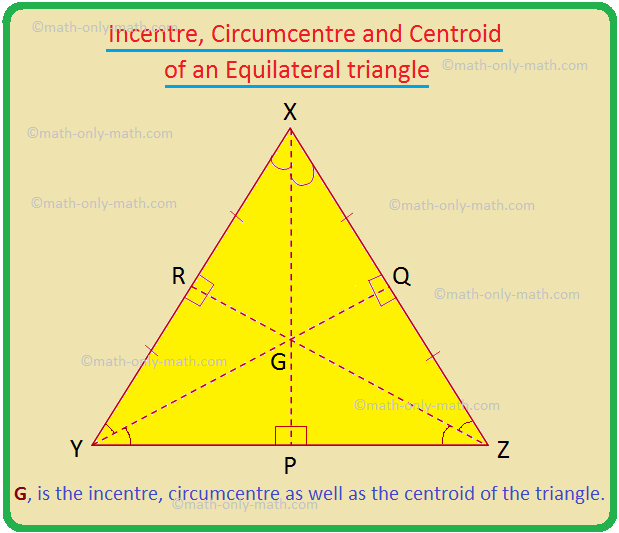 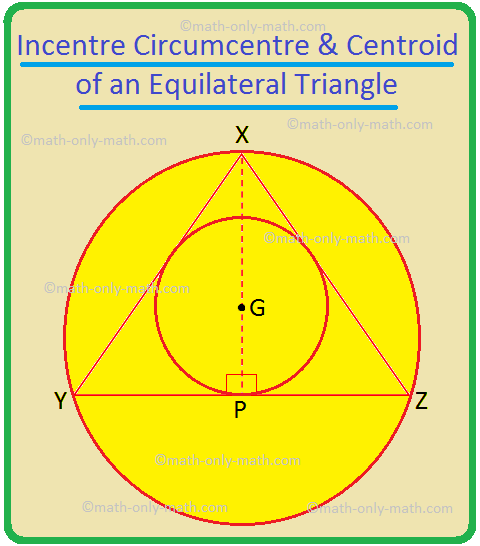 Therefore, radius of the circumcircle of an equilateral triangle = 2 × (Radius of the incircle).

From Circumcentre and Incentre of a Triangle to HOME PAGE