Read the questions given in the word problems on multiplying money. We need to understand the statement and multiply the amount of money as ordinary numbers with two digit numbers.

Number of hours he works a day = 8 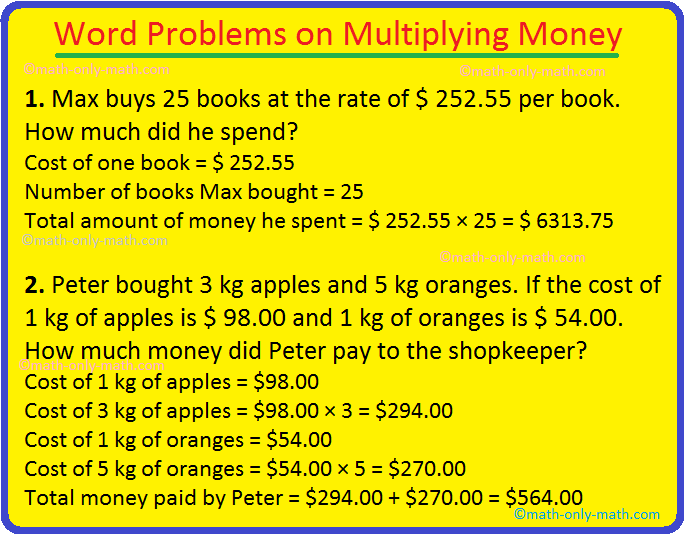 From Word Problems on Multiplying Money to HOME PAGE