Let us consider some of the word problems on H.C.F. (highest common factor).

1. Two wires are 12 m and 16 m long. The wires are to be cut into pieces of equal length. Find the maximum length of each piece.

The maximum length of each piece is 4 m. 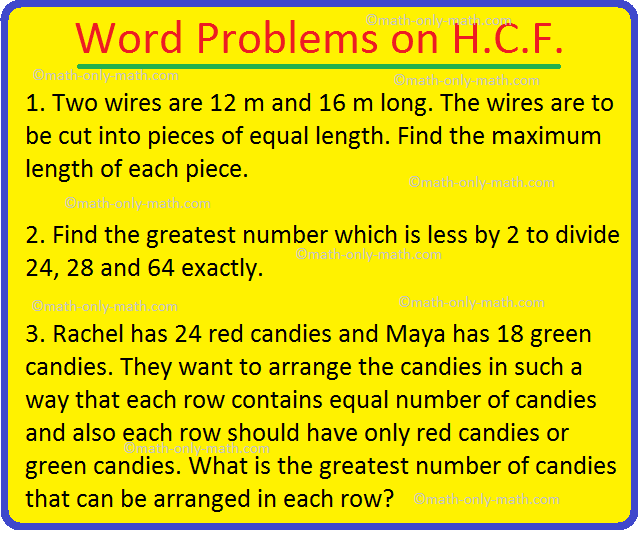 3. Find the greatest number that divides 90 and 126 exactly.

The greatest number that divides both 90 and 126 exactly is their HCF.

We can find HCF by long division method. 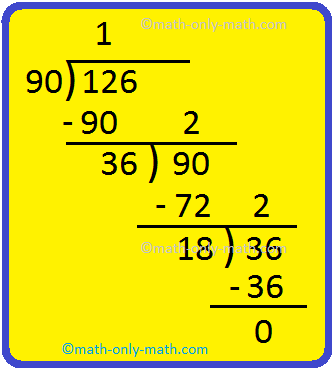 In order to find the greatest number of candies that can be arranged in equal rows, we find the HCF of two numbers.

The highest common factor is 6.

So, the greatest number of candies that can be arranged in each row is 6.

From Word Problems on HCF to HOME PAGE