Odd and Even Numbers

When we start counting odd and even numbers, the first number is odd number then comes the even number.

Color the correct number of objects. Ring the even numbers and cross the odd numbers: 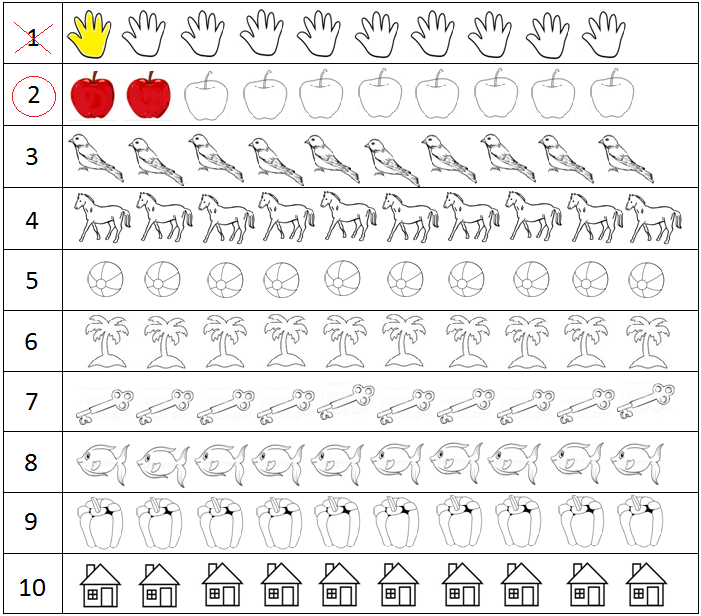 Color the Even and Odd Numbers

The numbers that make pairs are called even numbers. No remainder is left, when an even number is divided by2. For example: 2, 4, 6, 8, 10, ……… so on. When these numbers are divided by 2 they have no remainder left.

Note: Ring (i.e. ⃝) to show the even numbers in the picture chart given above. Cross (i.e. X) to show the odd numbers.

From Odd and Even Numbers to HOME PAGE