I. Express as Hindu-Arabic numerals:

V. Fill in the blank spaces:

VIII. Fill in the blank spaces:

1. Mike is XII years old. His brother Max is XIX years old. Who is elder and by how many years?

2. Jane has XXV apples. She divides them among V children equally. How many apples will each child get?

3. Jack had XLV toys. He gave XX toys to David and XXII toys to Shelly. How many toys were left with him? 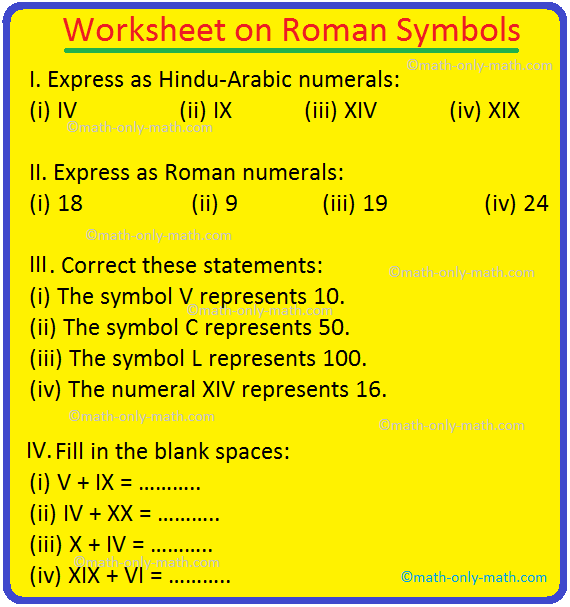 Answers for the worksheet on Roman symbols are given below to check the exact answers of the above questions on writing Roman numbers.

From Worksheet on Roman Symbols to HOME PAGE