Number that Comes After

What number that comes after the given number?

Time Required to complete write what comes just after:

(i) Beginners, preschoolers, primary and elementary kids try to complete the worksheet within 15 minutes.

(ii) Kindergarten kids needs to complete this within 10 minutes.

Children can practice math games worksheets on writing the numbers just after to increase the skills of counting numbers in order to know the number sequence by using the colorful pencil.

The number that comes just after 5 is 6 which is shown in the worksheet so that children gets a fair idea about how to write and complete the worksheet on the allotted time. 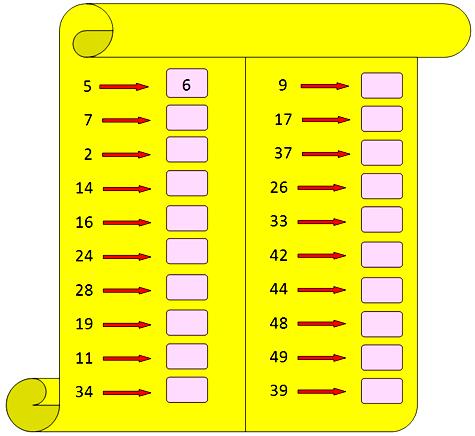 Questions and Answers on Number that Comes After:

1. Count forward and write three numbers from the given numbers.

2. In a colony there are 10 houses in a row. The first house has been allotted the number 750. Write the numbers allotted for the remaining 9 houses.

From Number that Comes After to HOME PAGE